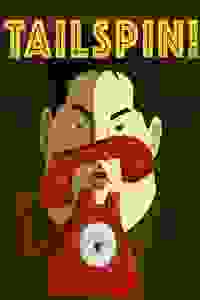 Part of FringeNYC: The red emergency phone rings. An assistant answers. "Babylon Studios, this is Henry." On the other end? North Korea's supreme leader, furious with his depiction in Babylon's latest picture, "The Girlish Tendencies of Kim Jong-un." But, like, what is girlish?

FROM THE ARTIST:
Full synopsis: The red emergency phone is ringing. On one end? Lowly assistants at Babylon Pictures, a major Hollywood movie studio, left alone to handle some fresh and rapidly escalating damage control. On the other? North Korea's supreme leader, furious with his depiction in Babylon's latest film, "The Girlish Tendencies of Kim Jong-un." Besieged from all sides, they must contend with a spiraling predicament catapulting them further into a frenzied distortion of modern American culture and the creative process. Throwing shade may be their only way out.

See it if you like smart showbiz jokes that keep the audience laughing throughout the show.

Don't see it if a few of the over-the-top jokes will bother you.

See it if You laughed at "The Interview". Like one liners. Enjoy some mindless entertainment. Enjoy a far reaching storyline done by talented folks.

Don't see it if You know nothing about news happenings. Have no sense of humor. Don't have 90 minutes to just be entertained.

See it if You love politics and SNL! Very funny, staging that's much more engaging than you'd expect!

Don't see it if you aren't up on the news

See it if You like broad fast paced comedy. Its silly ala pineapple express and airplane! A satirical romp.

Don't see it if You are seeking a comedy that lands. The timing is often off. The show feels about 45 minutes too long and it grows weary and tiring.

See it if You like broad comedy with a flair for the dramatic. It's funny, campy and loud.

Don't see it if You have issues with offensive humor, the show can often cross the line. It also spirals out of control in the end so tread with openmind

See it if started ok, always fast paced...but ending was worth it

Don't see it if you don't like slap-stick humor

See it if You like biting pop-culture references that skewer celebrities, movie and music icons.

Don't see it if You're looking for a credible plot

See it if a swift, hilarious, no holds barred send-up of the dark underbelly of Hollywood will intrigue you

Don't see it if you're not a fan of fresh, contemporary theater done by young, passionate folks

“While the events that inspired ‘Tailspin!’ may not be fresh in audiences’ minds to give this play the resonance it might have had a year ago, it still offers plenty of comedic insight into our entertainment-centric lives...Each of the actors (guided by director Kelly Webb) shows a knack for physical humor and for delivering their lines with the full comedic potency intended by playwright Zach Stephens.”
Read more

"Stephens’ script is funny and energetic but be warned: everyone should get ready to be offended. Stephens places race, gender, and religious jokes all over the place to hammer home his comedy. If you can get past that then you’re in store for fun...Even though it runs about an hour and a half, Tailspin! feels a bit too long. Some of the jokes go on longer than they should...It’s evident that 'Tailspin!' oozes potential. It just needs to be reigned in."
Read more