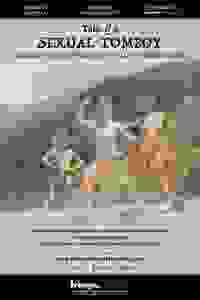 Tales of a Sexual Tomboy (FringeNYC) NYC Reviews and Tickets

Part of FringeNYC: A tomboy with an overactive libido looks for empowerment in all the wrong places. “When it comes to men, I’m never sure if I want to wrestle them, heal them, or sleep with them - often I do all three.”

"Powerful, sexy, liberating, hilarious - Raven's performance articulates multiple conflicting emotions at once when it comes to sexuality, all while connecting with and engaging the audience."
- Roberto Andrei Aguilar

"Brutally funny, honest, and frankly sexual. Think Lena Dunham if she was raised by hippies in Northern California."
- Chris Wolfe

See it if You're interested in seeing a nice mesh of solo-show performance art and stand-up, delivered by a naturally gifted and talented storyteller.

Don't see it if Sex and raunchy material need to be obfuscated or coded in order for you to be able to hear about it.

See it if you like stand up comedy that comes from the heart.

See it if you like high energy, funny, one person shows with a dash of raunchy fun!

Don't see it if your squeamish about frank, unapologetic, female, sexual desire.

Don't see it if You're overly prudent or easily put off.

See it if You enjoy shows about female self-empowerment!

Don't see it if You dislike frank discussions about female sexuality

See it if Interesting in sex life of provincial woman

Don't see it if If you are Puritan

See it if If you like hilarious, honest, sharp writing about female sexuality from a smart, self-aware, thoughtful performer.

Don't see it if Sexuality makes you uncomfortable.

"Raven's openness and honesty is what I appreciated most about her show…Raven is able to synthesize this all into her show using skillful impersonations and amazing physical comedy. While I found myself laughing and having a great time, the style of ‘Tales of a Sexual Tomboy’ isn’t entirely clear…The transition between genres doesn’t feel as seamless as I would have liked, and the show as a whole would benefit from a clearer purpose."
Read more