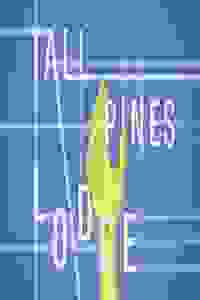 Part of FringeNYC: In this claustrophobic, pulp thriller, in the gritty tradition of Jim Thompson, an East Texas dive shatters the myth of honor among thieves. Find out why patrons call this play "the most DISGUSTING thing I've ever seen!"

FROM THE ARTIST:
Texas writer JD Graves has constructed a taut psychological drama in TALL PINES LODGE, directed by Joshua Hill. First produced at the FronteraFest Long Fringe 2006 where it was called “the most disgusting thing I’ve ever seen,” TALL PINES LODGE makes its New York premiere with an all new cast.

Set deep in the Piney Woods of East Texas, TALL PINES LODGE is a claustrophobic pulp thriller that shatters the notion of honor among thieves. The play opens with JOE ED (Conor Andrew Hall) and BOOKER (Ryan Scoble), bankrobbers awaiting their cut of the score and the arrival of the mysterious MR. VALENTINE (Brian Detlefts). When Booker’s brother, the psychopathic COTTON (Titus Tompkins), arrives they get more than they bargained for in the form of DAISY (Jehan O. Young), Cotton’s impromptu hostage. Unspeakable Productions is associated with Unpublishable Press a literary magazine slated to launch September 2016. Tall Pines Lodge will be published as part of Unpublishable Press initiative to publish full length American plays.

See it if Not looking for anything special; mediocre caper heist doesn't bother you

Don't see it if you were influenced by media blurbs; doesn't live up to hype

See it if U want to be engaged w the characters, enjoy fantastic acting and country music

Don't see it if You expect good fighting, expect everything to be wrapped up in end

See it if You want to see the bad guys lose

Don't see it if You think every hero should win

Don't see it if You like more traditional dramas

See it if You enjoy a good compelling story and fine acting.

Don't see it if You are easily offended by vulgar language.

See it if You like slow moving suspense and cliched empowered minorities.

Don't see it if You cannot suspend disbelief on illogical dramas

See it if If you like a more cerebral Tarantino play!

Don't see it if You're allergic to violence or squeamish.

See it if Enjoy well writtten well paced thrillers. The mix of terror and laughing were spot on. Enjoy good music and talented actors.

Don't see it if You disagree with violence and vulgar themes.

"At times, Graves's 'Tall Pines Lodge' seems like it’s emulating what the typical guy acts like, perhaps edging more toward stereotype than reality...If you’re not a particular fan of violence, this show may not be for you...But for those who enjoy (or at least don't mind) such violence, the manipulation and rage that fuel these characters create an environment that pulls you right in."
Read more