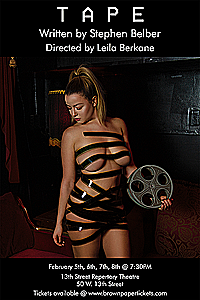 It follows classical unities of action, time and space, featuring three characters in a single plot regarding their differing perspectives of past events, in one unbroken period of real-time, in a single motel room set.

See it if Compromise rating. Nice tale that had to be told. Loved the thinking re: the scene To each viewer it could mean so much..

Don't see it if One questions some of the acting and the thinking re: THE INCIDENT

See it if you like absurd relationships that people maintain where one is a happy loser, one is getting a career step forward and one plays them both.

Don't see it if you want clarity: setting is today (video at end is dated 2010/ten years ago) but old cassette tape recorder and outdated phone are props.