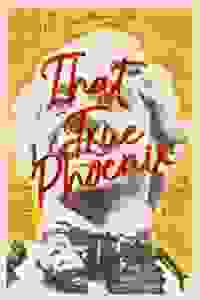 Lorenzo Da Ponte is the most interesting man you’ve never heard of. Though he was far more than just the librettist for Mozart’s greatest operas, Da Ponte somehow ended up as a mere footnote in history. Based on his own highly embellished memoirs, 'That True Phoenix' chronicles Da Ponte’s life from exiled revolutionary schoolteacher in Venice, to disgraced court poet in Vienna, to Pennsylvania grocery story owner, to Columbia University professor in New York City. It's the true story of a perpetual immigrant who became the embodiment of the American Dream.

See it if avant garde bare stage techniques & blind multi-character casting amuse rather then confuse you. The love child of Candide & Hamilton!

Don't see it if you are looking for a true biography of Da Ponte whose embroidery on his complicated life has been further expanded for dramatic effect.

See it if You want a modern take on a lesser known historical figure. You want to support a young theatre company.

Don't see it if You value consistency: the writing & direction swing between sincere interest in DaPonte, & mocking, hipper than thou nonsense.

Don't see it if have pre-established rules what a "play" should be, if you can't see yourself in the con, can't appreciate a flight of fancy & new forms

See it if You want to be entertained and you don't mind having to work a little for it. Fascinating story told irreverently but with heart.

Don't see it if You have sensitive ears, you get dizzy from breakneck action. You need sets, scenery and a linear narrative. Read more

See it if You like historical farce or rooting for the underdog.

Don't see it if You don't enjoy a fast-paced show or multi-character actors. Read more

See it if an ok attempt to tell a story of a forgotten figure, lead actor was good

See it if This play was an ambitious project for the team since it required a bigger budget. Although the storyline was good it was delivered by a ..

Don't see it if you do not like experimental theatre. Read more

See it if you're up to learning about a real historical figure in musical history; enjoy "trunk" shows (minimal set/props/costumes).

Don't see it if you like your theater with all the bells and whistles; want to see something short and sweet. Read more

"The actors are quick, funny and talented. The comedic timing and repetition of the piece is incredibly charming and consistent...If the show has any faults they are in the second act. The second act is not at all consistent with the first act in terms of tone...It redeems itself in the scene between Da Ponte and Mozart...Da Ponte is stripped to his soul and Whitmore does an excellent job of really breaking him down to his core desire...'That True Phoenix' is witty and entertaining."
Read more

"The playwright, Kelley, and the director, Diercksen, report most of this story in a non-linear fashion, using many rapid-fire and humorous scenes and flashbacks...Through many of Mr. Kelley’s lines we get some glimpses of Da Ponte’s poetic use of language. The engaging Curry Whitmire comically plays Da Ponte. Isaiah Tanenbaum is gifted as the genius Mozart...Diercksen capably guides the remaining ensemble cast of four. They energetically play many different roles."
Read more

"For a while, it seemed like Kelley’s 'That True Phoenix' would be simply a delightful, freewheeling 18th-century romp...And yet about halfway through the first act, we discover Kelley and director Diercksen are up to something a lot more interesting. Da Ponte is not exactly who he has been telling us...In addition to maintaining a sense of unity among the many design and storytelling elements, Diercksen also draws stellar, energetic, and acrobatic performances out of all of his actors."
Read more