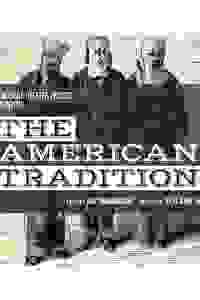 Fictitious characters Eleanor—cross-dressing as a white planter—and her husband, Bill—pretending to be her loyal servant—attempt to escape to the free state of Pennsylvania. Their operation is running smoothly until they meet Walsh, a drunk planter and member of the Not All Slavers organization, who steals Bill at a rest stop. Armed with a Glock-19 and her fair skin, Eleanor sets out to rescue him by any means necessary.

See it if you are interested in experiencing a deliberately provocative take on how the legacy of slavery continues to shape the US today.

Don't see it if you get queasy when you have to take a hard look at the dark underbelly of US history.

Also "The American Tradition" is a loud, fast, sometimes outrageous, deliberately provocative look at the legacy of slavery, how it fit into the young nation's economy & how it warped the lives of both slave & slaveholder. It also suggests how that legacy continues to shape our country today. It doesn't land all its punches, & 1 scene in particular goes on too long & risks the sentimentality it otherwise bracingly avoids. But anyone interested in the uncomfortable issues that this brave piece holds up for our inspection will want to see it. Several performances are choice, & the visually smart set reads like a sharp installation piece.... Read more Read less

See it if you would enjoy a fresh take on the antebellum south in an entertaining story that could have been true. Strong acting and support team.

Don't see it if you are skittish with strong language and violence or want a full staged production - this is minimal but effective staging and costuming.

Also Everything about this play is above average or better. But you may or may not like the message. The only problem I have with this is that some people are going to like the message that is unfortunately forced down your throat or they’re not going to like it. The staging, direction, Sound effects and fight choreography are brilliant. There are so many good things about this play but I keep focusing on the negative which is that the message of the playwright is forced. This is the best play of the year so far offered on show score... Read more Read less

See it if Period piece on slavery.

Don't see it if Theme of story not completely worked out.

Don't see it if U're expecting a historical drama.The plot involves an attempted slave escape, but the slaves have modern attitudes, attitudes & gestures.

Also Imagine watching a dream sequence in which current day whites & African-Americans imagine what it would be like if they were thrust back into the antebellum South and placed into a common situation, but everyone had current day sensibilities. That's sort of what this play is. I agree with the comment above that there was WAY too much screaming; it was physically painful at times.... Read more Read less

Don't see it if Some anachronistic touches and cruelty offend you.

247 reviews
Get Alerts Alerts On Alerts Off
78
Fascinating but flawed
January 31st, 2019

See it if Fast paced, some humor, engaging story, some great dialogue and devices. Excellent performances.

Don't see it if I felt like I needed a tie in at the end to the brief opening scene. Kept expecting that to happen.

See it if you want an intense story sprinkled with humor.

Don't see it if you don't enjoy contemporary language (including lots of cursing) used in an historical setting. You don't like actors playing multiple role

See it if You are interested in race matters & US history with a twist on gender. You enjoy works in progress - this is very good but needs tweaking

Also The story is bookended by two modern scenes, the 1st is shocking & unnecessarily provacative.

The author has a point of view which is voiced by the character "Rose" near the play's conclusion, Somewhat of a "they go low" & "we go high" philosophy which seems like a luxury given the historical characters' circumstances.

The opening scene confuses the play because the staging & blocking give the appearance of connecting extremely violent action on stage to BLM and other orgs & leaders of legitimate & non-violent Black activism. I am confident this was not intended but it was troubling to me.

The dominant story of the light skinned woman passing as a slave owner to escape with her darker skinned husband is not as far fetched as it may sound & reminds me of some real stories captured in:
Forbidden Fruit : Love Stories from the Underground...
by Betty de Ramus
& In William Still's Underground Railroad.

Don't see it if Your looking for anything original or particularly funny. Your critical of melodrama intermixed with slightly funny lines.

See it if you want a taste of the roots of racism in this country. The play has creative staging, strong acting and is even funny at times.

Don't see it if This play addresses slavery and racism from several points of view. It's raw, blunt and disturbing, but very well done.

Helpful?
View in admin Edit
U
UES
Manhattan
50-64 | Male
85 reviews
Get Alerts Alerts On Alerts Off
75
Gets you thinking, who can you trust when you can trust no one
February 20th, 2019

See it if You are ready to take a critical look at American history, like sharp political critique and fast paced storytelling

Don't see it if You wear a MAGA hat, are uncomfortable hearing the "N-word", dislike seeing guns/blanks being shot.

See it if you like seeing historical plays with a modern twist.

Don't see it if you go to theater to escape racial/political things, don't like anachronism used in the service of storytelling.

Also I really enjoyed this play. It's very simply staged with really good actors, and the Brechtian style suits the story very well. It's an interesting twist on the story of slavery told very consciously through a modern lens.... Read more Read less

See it if you enjoy shows that explore slavery and its affects on America and American history to present day. The cast makes a valiant effort.

Don't see it if you expect it to delve deeper than the fact that American history is intertwined with its shameful history of slavery.

See it if you appreciate superb acting (Alex Herrald is a genius!) and you like the brutal truth and despise injustice. .

Don't see it if you really believe racism is not a big problem and the South fought only for state's rights on principle.

Also I had to see it twice just to marvel at Alex Herrald's onstage magic. WHERE ARE YOU ALEX!!!??? A gripping drama with fine performances by everyone.... Read more Read less

See it if you like Brechtian theater...focuses on actors connecting to audience and breaking 4th wall, highlighting/connecting past to present day.

Don't see it if you prefer lavish productions with happy endings. This one forces you to think about race in America.

See it if you like theatrical, Brechtian storytelling...the play is anachronistic which works really well comparing past to today.

Don't see it if like traditional theater. Violence and disturbing language are also part of the story.

See it if You are interested in a new take on the age-old slavery question.

Don't see it if You can’t deal with dialogue that is for a good portion of the play shouted at you and actors who overact and are not believable.

Don't see it if You want a musical.

See it if you want to experience ante-bellum America from the realistic perspective of runaway enslaved persons, brought forward to modern relevance.

Don't see it if you prefer comedies (this play has comic moments but the overall mood is dark), musicals, lavish sets and costumes, or no racial themes.

See it if you are interested in the history of slavery in America, you'd like to see a radical reinterpretation of same, you like post-modern theater

Also Judging by the final right-wing monologue followed by dead silence and no curtain call (leaving the audience in a state of bewilderment) we believe the playwright was trying to make a point about present day demagoguery. The changes of tone in the production didn't help to get the point across, nor did the contemporary vocabulary and speech patterns.... Read more Read less

See it if you want to see an intense, fast-paced slave-escape adventure, seen through a modern lens. Historical gender-bending intrigues you.

Don't see it if anachronisms bother you, you want a bigger show, you are offended by so much arguing (there's a lot of it), you get confused easily.

Also I saw the first preview, so the cast had a manic energy (my companion described it as "histrionic"). There is a lot of story packed into 80 minutes, and also a lot of social commentary. Throughout the action, characters occasionally drop into 21st-century language and attitudes, creating modern mirrors in which to view historical action.

On a small, practically bare set, five actors enact a drama; a light-skinned slave woman impersonates a male white planter and attempts to escape to the North pretending that her dark-skinned husband is her personal valet. As they enter Virginia, they encounter both enemies and would-be allies. Remarkably, when things go awry, almost no one ever seems to agree on the best course of action; one well-intentioned abolitionist "ally" even reveals entrenched racism.

There are several tough, intense monologues. Also some violence. Many issues are brought up that make us think. The ending is... odd, perhaps to suggest that the story continues on today.

See it if you like historical slavery story told in a Brechtian way. The change of the actors from one character to another is fast and good to watch.

Don't see it if you don't want to see a play about racism, or if you expect to see a traditional play/musical with big sets. It is a small theater.

See it if You're interested in an irreverent take on American history.

Don't see it if You want incisive racial/political commentary, you love detailed period pieces, or you're uncomfortable with repeated use of racial slurs.

Also The American Tradition is a well-intentioned comedy about an unlikely slave escape, and you can't help but feel that the playwright really tried. But I got the impression that he read Branden Jacobs-Jenkins' An Octoroon and thought, "I want to do that too." The cast does well with uninspired material, but a lot of the scenes feel like cut SNL sketches. The "Brechtian twist[s]" in the show's description are really just anachronisms (which I actually liked). Scenes run long when they don't need to. The central plot is extremely clever, but the play is too self-consciously stylized to really sell it.... Read more Read less 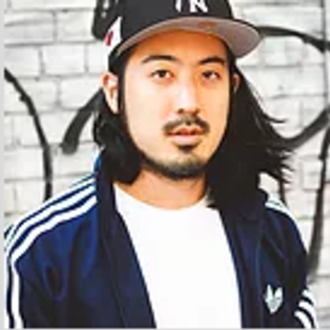 Ray Yamanouchi
Playwright
Get Alerts Alerts On Alerts Off 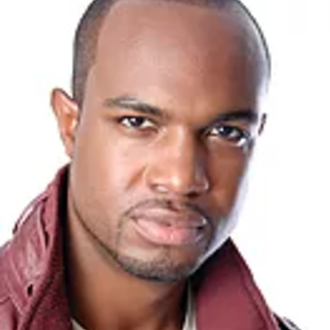 Axel Avin, Jr.
Director
Get Alerts Alerts On Alerts Off 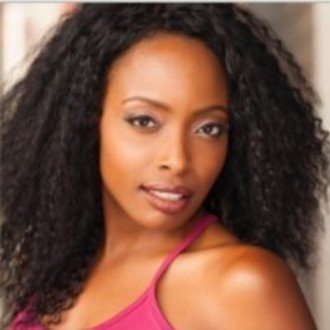 Danie Steel
Rose
Get Alerts Alerts On Alerts Off 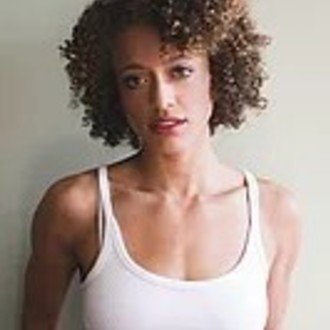 Sydney Cole Alexander
Eleanor
Get Alerts Alerts On Alerts Off 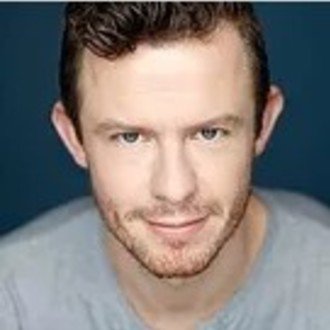 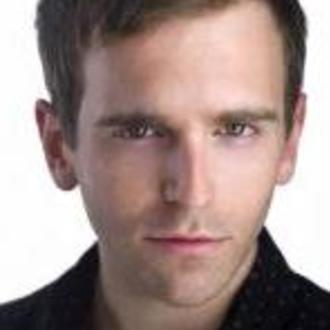 Alex Herrald
Mr. Walsh
Get Alerts Alerts On Alerts Off