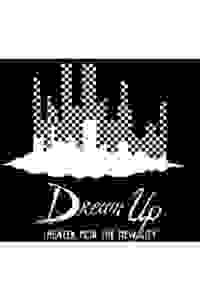 View in admin
The Assassination of J.Kaisaar, the destruction of Marko T and Kleopatra and the rise of Octavius: Emperor Augustus in the Time of Road Warrior (Dream Up 2019)
NYC: East Village
53
Score it Scored!

The Assassination of J.Kaisaar, the destruction of Marko T and Kleopatra and the rise of Octavius: Emperor Augustus in the Time of Road Warrior (Dream Up 2019) NYC Reviews and Tickets

This new, epic fantasy dramatizes the unintended consequences of political assassination. Part of Theater for the New City's Dream Up Festival.

Stephan Morrow set out to dramatize the unintended consequences of political assassination and out popped an epic fantasy, drawing on Plutarch, Shaw, Shakespeare and other sources. Since power struggles today so resemble Mafia wars, it's somewhat like "The Sopranos" meets "Mad Max," written in uber-contemporary language with vestiges of the Bard. The theme is that political assassination can have unintended consequences and should be considered as the least effective solution to political conflict if a free citizenry is valued above all else. The irony of history, you see, is that the democratic impulse to save the Roman republic by unseating Julius Caesar ushered in the age of Octavius, who governed so well that his system of authoritarianism lasted over 200 years, creating a heyday of empire.

See it if you know a lot about the subject - I was mostly lost, both due to content and hearing voices projected away from the audience.

Don't see it if you are not familiar with the characters from earlier works and how they are representing consequences of actions in today's world.

See it if Marc Antony and Cleopatra more modern with guns, and cellphone, and modern clothes.

Don't see it if Confusing and too long.