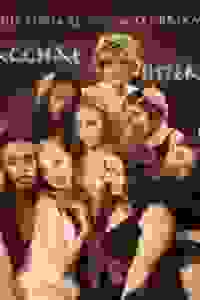 View in admin
The Bacchae/Sisters of Semele
NYC: Midtown W
Score it Scored!

The Bacchae/Sisters of Semele NYC Reviews and Tickets

What Dreams May Co. in partnership with Queens Shakespeare Inc. presents a modern day adaption of classical Euripides: men worshiped as gods, vengeful gods walking amongst men, and the destructive might of men turned mob.

In the land of Thebes, a young king is newly come into his rule and a young demigod has newly come into his power. The conflict between these two cousins pitting man versus Maenad, and force versus faith, is at its core two boys throwing a tantrum in trying to prove themselves to the world and to their families. When such squabbles occur between gods and kings the stakes become dangerous, the consequences become deadly.

"To pinpoint the woes from a production perspective would call out the lack of cleanliness between the lights and sound. But these moments were minimal in comparison to the piece as a whole. There was certainly ambition present in this production but the execution was sadly off-kilter."
Read more