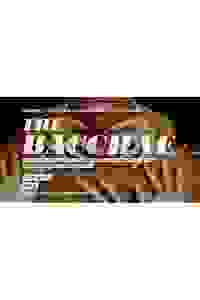 View in admin
The Bacchae (The Classical Theatre of Harlem)
NYC: Harlem
78
Score it Scored!

The Bacchae (The Classical Theatre of Harlem) NYC Reviews and Tickets

The Classical Theatre of Harlem presents a free, outdoor staging of a work that continues the company's investigation of the current political and social climate via the Greek classics.

Set in the modern era, Dionysus (God of wine and ecstasy) returns to his hometown in order to clear his mother's name and punish the insolent city for not allowing its citizens to worship him. The clash between Dionysus, played as a modern-day rock star and his cousin Pentheus, the uncompromising and moralistic king of the city, examines the consequences of a general public that blindly follows two vastly different leaders. Dionysus represents unbridled freedom and excess while on the other end of the spectrum, Pentheus epitomizes excessive law, order and rigidity. As society slides into fear and tribalism, its citizen's rationale becomes clouded as they blindly take orders and pick sides rather than seek moderation and rationality. CTH's interpretation is a lush and modern version of the classic Greek tragedy that tackles the ills of a culture obsessed with celebrity worship, social media and fear of the other, causing people to lose the ability to see the truth - that people in power are fallible…until it's far too late.

See it if you’d like to see a sometimes sexy, sometimes funny full update of the basic plot of the Euripides original.

Don't see it if you are expecting to see the Euripides original. Read more

76
Cleverly modernized, Entertaining, Interesting ideas on how to stage and interpret this play, Ambitious

See it if you like watching Greek plays in real amphitheaters. You don’t mind unpoetic anachronisms. Strong Maenads—both appealing & troubling.

Don't see it if The Bacchae isn't a family-friendly play but the production tries to make it so. Results are a bit weird. Not all of this was coherent to me Read more

See it if you want to see an ancient play turned on it's ear & made relevant to our times: sexy, controversial, challenging, funny & rocking out loud!

Don't see it if you don't like modern abbreviated & furious takes on the classics or CTH"s reverent but upturned style of theater, outdoors and free for all Read more

See it if a brilliantly conceived contemporary take on a rarely performed work with a superb cast and great music is for you. CTofH never disappoints

Don't see it if you don't like outdoor, amphitheatre experiences, some challengingly fast lyrics or no intermission shows

50
Insipid, Fluffy, Anachronistic (but not in a good way), Disappointing, Confusing

See it if It's a nice night and you have nothing to do other than go to Marcus Garvey Park and watch dancing that leads nowhere.

Don't see it if You have seen past productions of the Classical Theater of Harlem. This one is not up to caliber of past shows. It's boring.

See it if A lively new take on Euripides, about power and sexual identity with sexy dancing and singing Bacchaettes. Great fun in Marcus Garvey Park!

Don't see it if Rock and Roll format takes liberties with the original, rather than a classical interpretation of this great play.

See it if for the setting - love the amphitheatre at MG Park; engaging update of ancient story

Don't see it if you want a more formal p;resentation

See it if This is a must see production that will entertain any theater goer. The singing, acting and staging all come together like its on Broadway.

Don't see it if There is no reason not to see this fantastic production that will keep anyone on the edge of their seat.

CRITIC’S PICK "The Greeks Go Coachella in a Boisterous ‘Bacchae.’ Sure, it’s a tragedy, but along the way this Classical Theater of Harlem production is a riot of music and dance, with a Dionysus worthy of Jimi Hendrix."
Read more

"Bryan Doerries, who has adapted…and Carl Cofield, the director, put the tale to their own uses, adding a strong smash-the-patriarchy theme; this is an arguable point and it certainly couldn't be more of the moment. Even with its overt reach for shock and spectacle, however, this Bacchae lacks the gut punch that classical tragedy can deliver."
Read more

★★★★ "'Women Go Powerfully Wild in a Refreshed Classic.' The shrill cries of women gone wild slice through the summer night as The Bacchae erupts in an exhilarating outdoor staging by the Classical Theatre of Harlem in Marcus Garvey Park."
Read more

"It would be hard to argue that it brings home the full force or horror that is the usual province of Ancient Greek tragedy. But what is a better tribute to the play's principal character Dionysus, the god of ecstasy, wine…and theater, than a theatrical production with such intoxicating singing, dancing and design."
Read more