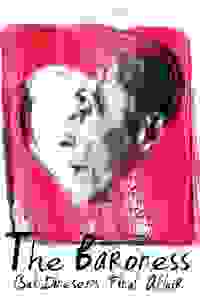 Scandinavian American Theater Company presents the U.S. premiere of this drama inspired by the true story of author Isak Dinesen's relationship with a much younger poet.

Karen Blixen, better known by her pen name Isak Dinesen, wrote such epic tales as 'Out of Africa' and 'Babette's Feast.' At the pinnacle of her fame in 1948, the 62 year-old Blixen was introduced to 29-year-old Danish poet Thorkild Bjørnvig by his publisher’s wife, Benedicte. Blixen took Thorkild under her wing and the two shared a powerful, dangerous, and intimate friendship. This is a tale of passion, courage, art, love, and lust between a young ambitious poet, a grand dame of literature, and the charming wife of their patron.

See it if You want to see a drama, fully developed with rich characters, great acting, lovely costumes and interesting set and lighting.

Don't see it if You want a light fast paced evening.

See it if You like plays about historical figures. You enjoy plays about art & its process. You have some familiarity w/Isak Dinesen's work.

Don't see it if You want natural dialogue & characters: the text is Very Important & the characters never felt like real people. Read more

59
Almost interesting. not quite.

Don't see it if you're not interested in isak dinesen.

See it if You like mannered, larger than life exaggerated central characters. Lovely staging. Slow but I liked the timing. 130 minutes.

Don't see it if the invocation of magic and demons with an omnipotent, omnipresent lead fails to appeal. Very stylized, not much actually happens. Read more

See it if A complex play about Karen Blixen involving themes of love, loss and commitment. A bit slow with the first act lasting 90 min.

Don't see it if If you enjoy light musicals or dramas with a simple message.

See it if you are curious about writers' process, relationship of writer and his muse, and what happened to Karen Blixen after Kenya (Out of Africa).

Don't see it if you crave more action or music than talk, or are not interested in poetry, writing poetry or fiction for publication, or historical drama

See it if you're game to be lulled into an intriguing mentor-mentee relationship story; if you like inventive use of music (original & Chopin mix).

Don't see it if you're uncomfie with dynamic (not always believable) of forceful older woman & naive, younger man; you loathe those herbal cigarettes. Read more

76
Generally enjoyable, But not engaging

See it if You are interested in Isak Dinesen and enjoy biographical plays. The lead was quite good, but some of the other acting was rather uneven.

Don't see it if You don't enjoy historical plays, or plays which incorporate poetry into the scenes.

"The second act doubles down on the less interesting angle of Krebs's drama in ways that make its ending play as more of an exhausted shrug than a satisfying, if tragic, conclusion...The drama, for the most part, is riveting, especially with Pelletier commanding our attention as Blixen...As a character study of an irresistibly eccentric and elusive artist, 'The Baroness' leaves a lasting impression long after the details of this particular affair have dissolved."
Read more

"A bizarre hybrid of highfalutin book chat, gossipy revelations, and sexual intrigues. It isn't good, but it certainly is a camp...'The Baroness' is weighed down by loads of pretentious dialogue and an inability to render its central situation in any kind of believable way...Pelletier is a fine actress, and her excesses here are surely in the service of her director and the script. At least she keeps things lively, as opposed to Ardelius, whose Bjørnvig is a doltish and passive male ingenue."
Read more

“Dramatizations of the lives of authors rarely work as it is very difficult to show them in the act of creation. In ‘The Baroness - Isak Dinesen's Final Affair,’ Thor Bjørn Krebs has brought Karen Blixen and Thorkild Bjørnvig to vivid life both as people and as artists using primary sources. Dee Pelletier and Conrad Ardelius do not seem to be acting these roles as much as living them. Just try taking your eyes away from the stage for a moment.”
Read more

"'The Baroness: Isak Dinesen’s Final Affair' is showcasing a performance so dazzling as to bring to mind all the splendid actresses who played Amanda Wingfield. This is a tour de force for Dee Pelletier...The work is abstruse, the first act seemingly endless. Although there are verbal fireworks, there is little warmth. We are not drawn to the characters, none of whom is admirable. They evoke neither empathy nor sympathy."
Read more

"The production's three actors make the most of the flat characters they've been given...The tale of obsession Krebs has fabricated from odds and ends of the historical record isn't likely to send playgoers in search of Dinesen's literary works. Bereft of the elegance, humor, and suspense that characterize the Baroness's own fiction, Krebs' drama offers only a couple of scenes of engaging dialogue before devolving into ponderous chatter about sad, ugly events."
Read more

"The poetry and the artistic ideas are there...but much is lost in this overly long play, trapped in a whirlwind of repetitive dramatics and themes, and weighed down by a bland portrayal of a handsome poet...The real magic of this piece lies with Pelletier...The stage is only alive and vibrating when she is on...Some more carving and sculpturing might be required to create a truly mesmerizing and emotionally powerful portrait of this captivating woman."
Read more

“Biographical plays about writers and their ideas on and problems with writing rarely make great theatre…The dialogue is wooden, the situations artificial, and the inspiration commonplace. Thorkild comes off more as an earnest cipher…than a three-dimensional person. She…is…reminiscent of Gloria Swanson's more egregious moments in 'Sunset Boulevard'…'The Baroness' doesn't shed additional light on Isak Dinesen's writing…As theatre, it's rather dull stuff and could use a growling lion or two.”
Read more

"That she’s a mad woman, in Krebs’s dramatic estimation, gets increasingly clearer, and don’t you know there are those plays when viewers get to musing about why the character confronting such off-putting behavior doesn’t just leave? The answer to the question is usually that the playwright won’t allow it for fear of then having no play left...Pelletier, Ardelius and Johansson...do what they can with the hyper-roles. Director Henning Hedland should take much of the credit for that."
Read more