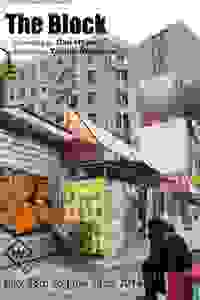 View in admin
The Block
NYC: Brooklyn
78
Score it Scored!

The Block NYC Reviews and Tickets

Working Theater presents a new play about life in the South Bronx, based on interviews with current neighborhood residents.

Dontrell’s just come back from upstate. No, not like Upstate upstate, just with his girl, you know, quiet workin’ man life. Now he’s back on his block in the Boogie Down, the South Bronx, where he did his dirt years back, but he’s not tryin’ to be grimy no more. Nah man, he’s trying to do good. But do you have any idea what that’s really like? 'The Block' is part of Working Theater’s Five Boroughs/One City Initiative for which the company commissioned five teams of writers and directors to create pieces of theater by collaborating with community members in diverse neighborhoods throughout NYC.

See it if you like urban dramas and New York City stories. Excellent acting, story a little familiar but meaningful and realistic.

Don't see it if you don't like gritty stories about struggles in the real world, right here, right now. Don't go on a hot day - a/c isn't great.

See it if you like ambitious plays with jive talking teasing, joking, bragging and scrapping characters. Plots about gentrification, drugs, and cars

See it if you want to hear the stories of the South Bronx, empathetically told. Some hilarious monologues and exchanges between characters.

Don't see it if you don't want to be lectured on gentrification and racism. The seats in the Brooklyn theater are uncomfortable.

See it if you like gritty, urban dramas with colorful characters.

Don't see it if you are uninterested in what's happening in the Bronx and Bronx residents.

See it if Good acting and relevant story line. It is a slice of life tale about surviving in the city.

Don't see it if You don't like ethnic stories about life in the city.

See it if You would like to understand the human cost of gentrification. Well developed characters struggling with relatable economic and social issue

Don't see it if You are not interested in venturing way beyond Broadway into the heart of Brooklyn.

See it if you want to see a funny, yet real, play about a man who regards his choices as a youth in an attempt to stay out of the Bronx hood lifestyle

Don't see it if you're uncomfortable with profanity; topics of racism, or gentrification and its effects on the native residents; you want something upbeat.

See it if U like relevant theatre that has to do with the city we live in.

Don't see it if U are looking for more adventurous aesthetics. This play is more about t reaching your heart than exploring theatricality.

"Character and atmosphere are the stronger elements...In matters of story and structure, it’s somewhat weaker...Any action, when it comes, seems halfhearted, if not superfluous. Mr. Hoyle’s larger scheme is to depict a neighborhood by showing why people go and how they stay. Mostly, he does this by letting his characters talk. If Mr. Hoyle lets his story get away from him, he presents warm, robust sketches of the neighborhood’s gutsy dwellers."
Read more

“It's not the rather predictable narrative that makes ‘The Block’ so enjoyable; it's the highly colorful street lingo that Hoyle appropriates and reinvents in a manner that recalls the vivid - and largely made-up - slang used in the plays of Clifford Odets...Under Tamilla Woodard's direction, the conversation is always lively, often profane, and sometimes scathing...Even if it ambles a bit, I feel sure that it will have much to say to audiences around the city.”
Read more

“An all-around tour de force, ‘The Block’ is a stark portrayal of the times at hand in the Bronx. Filled with interesting, thoughtful and sympathetic characters, this is a play that offers a harsh glimpse of some people’s realities. The characters of ‘The Block’ leave one with the sense that though the struggle seems absolutely insurmountable, every day is a new opportunity to escape the past as long as one holds onto that most sacred trait: hope.”
Read more

"The beauty of Hoyle’s writing is that he incorporates no clichés into the multi-dimensional characters. They’re instantly recognizable and yet unpredictable. They’re certainly street-smart, but they’re also informed about things far beyond the block...Thanks to the utterly humane script, Willard’s savvy directing and the playing by a flawless cast, this writer’s 'Block' is completely convincing and completely successful."
Read more