When they investigate the home of an African-American couple, who have been displaced by Hurricane Katrina, their notions of reality, fantasy, and sanity clash against the shocking truth. This play highlights how present-day humanity deals with grief and the beauty of compassion that is revealed even in our darkest hours.

See it if Are interested in ghosts, Pan Asian shows this for you.Great writing & plot & special effects. The cast is superb. Riveting

Don't see it if Don't like ghosts, spirits and the paranormal

See it if Want to see talented work of multicultural cast; learn something about different cultures and to be scary

Don't see it if Not a fun of paranormal or not mentally stable and easy frightening (nothing bad about it, I was scary also) by loud sounds and sharp lights

Also Very easy watching show, too bad that the room was not full. The writer and cast deserve only positive reviews... Read more Read less

See it if into ghosts/ paranormal; ethnically diverse cast; use of foreign languages; dark themes

See it if U are interested in horror story,deals with ghosts,family dynamic, paranormal activity, immigration issues, dealing with past, intercultural

Don't see it if U are not a fan of shows that deals with issues above,Pan Asian theater, small theater with small cast, loud noises,screaming,dramatic light

See it if You loved The Sixth Sense. Good acting. Good lighting. No ear-splitting music prior to curtain. Comfortable seating.

Don't see it if A little long at two hours even with an intermission. Could be tightened up. Loud noises and strobe lighting. Minimal set. Poor staging.

Also I found myself absorbed in the world of these characters to the degree I had to reorient myself mentally when the play was over. Several excellent performances, especially Dawn L. Troupe and Brian D. Coats as the couple with ghosts and secrets. A lot more humor than I expected in a play about the paranormal . A shorter play and a few more surprises would make this a real winner.... Read more Read less

See it if you like to see an original story partly about paranormal activities, partly about humans feeling displaced from their country or home town.

Don't see it if if you can't handle sudden loud noises or light flashes or if you don't like anything related to paranormal.

Also I usually don't like stories about paranormal phenomena but went to see the show due to the interactions between different cultures that were advertised and because we usually like plays shown at Theatre Row. I must say I loved "The Brothers Paranormal": great acting, amazingly clever original story which kept me absorbed and mentally engaged from start to finish. Highest recommendations!... Read more Read less

See it if You are fascinated by ghosts and apparitions and the paranormal within a Thai cultural setting.

Don't see it if You are scared of ghosts, or are not open minded. This does force you to think about things in a different way.

See it if you like ghost stories with a twist, you want to enJOY hearing Asian American and African American voices

Also i was pleasantly surprise at how engaging this play was

137 reviews
Get Alerts Alerts On Alerts Off
73
Intense, Thought-provoking, Ambitious
May 15th, 2019

See it if You are intrigued by the ideas of presenting a rather sad version of the ghost busters on stage,... There are some funny moments though.

Don't see it if You are scared of ghosts, some scary moments.

See it if You like ghost stories and a plot that twists and turns.

Don't see it if You are easily frightened.

112 reviews
Get Alerts Alerts On Alerts Off
100
Off the charts great entertainment, Funny, Great acting, Great staging, Edgy
May 3rd, 2019

See it if For people who want to be entertained, thrilled & excited by unusual plays that deal with paranormal phenomena & human psyche. Funny. Moving

Don't see it if U hate fun. U have no humor. U judge smaller budget plays by snobbish Broadway standards or by phony supercilious pro theater critic’s view.

Also The Paranormal Brothers is OMG off the charts entertainment! If you simply want to be having a great time being thrilled & moved by an unusual ghost story loaded with funny lines, lovable characters that are well acted plus atmospheric lighting & enhanced sound design.

This is better than going to a horror movie rendered by mostly tech gimmicks. This is difficult theatrical feat—in your face horror with ever premonitions of deeper psychological unease & elements of suspect realm. Out of all this framework, the gifted playwright still manages to showcase human bond, cultural traditions. immigrant displacement psyche, & how anger, memories ,grief are reconciled by individuals.
Cast all superb. Max actor succeeded in portraying the funny slick but deeply troubled ghost hunter to lovable deadpan older brother. The delightful Mom actress was a comical scream. The African American couple gave a solid moving performance. Director Liu gave polished finish to work. Pan Asian Rep let all shine

See it if you like drama/psycological/ suspense thriller/horror/ & some humor rolled into one...in an unpredictable plot full of surprises. Well done!

See it if You want to see a truly original work about the immigrant experience and displaced Americans. First Thai American play I’ve seen.

Don't see it if You’re expecting just a ghost story. It’s much more than that but it’s better to see it without knowing the plot.

See it if basically 2 stories intertwined into one by paranormal events. Quite interesting and outside the box.

See it if you want to see a fast moving play with great acting that absorbs your attention with its clever, often surprising plot twists.

Don't see it if if the subject of death and ghosts combined with scary sound effects and visuals is disturbing to you.

Also My friend and I saw this play last night and were completely absorbed in it from start to finish. It is very cleverly written and directed. The cast is excellent and one finds one's self emotionally involved in what is happening. I'm reluctant to write more about the plot as I don't want to give away any clues on how this thought-provoking drama unfolds.

So many questions are raised in the first act that there was a curious, anticipatory buzz throughout the audience during the 10-minute intermission. Even the changing of the set at the intermission, which is done in full view of the audience, triggered speculation about what might be happening next.

Having had a near death experience many years ago, I've become very interested in the process of death, dying, and the hereafter. The subject is well researched and consistent with many traditions.

As long as one is comfortable with the subject matter - ghosts, death, etc. - this is a must-see performance. I would highly recommend it

Don't see it if you don't like chilling theater.

See it if Smartly written story, elements of family drama, love, loss and grief, the immigrant experience, and ghostly goings on. Surprise twists!

See it if Mashup of horror and family drama for a look at how different people work through trauma and separation. Great lighting & sound!

Don't see it if Certain scenes drag without much narrative force- instead of producing melancholia they describe it.

95 reviews
Get Alerts Alerts On Alerts Off
78
Edgy, Enhanced by sound and light effects, Great acting, Clever, Absorbing
May 11th, 2019

See it if Play with good character depictions and unexpected twists with paranormal storyline.

Don't see it if Have no interest in the occult.

See it if you enjoy plays with interesting ideas told in a very different and creative way.

Don't see it if you want to see a musical or something light.

Also The play is partly about coming to terms with death. There are many other topics which the playwright is dealing with--maybe too many. Some great acting. Some not such great acting. Some twists that you won't see coming.... Read more Read less

Don't see it if you dont want to be scared

See it if You are open to the possibility of the supernatural, you enjoy seeing family dynamics played out inter- and cross-culturally

Don't see it if You are grieving a loss and could be triggered, need big splashy sets, are not interested in cultures that might be different from yours

See it if you'd be interested in a show that has elements of crossed cultures and family drama, with some paranormal creepiness tossed in.

Don't see it if you want a well-honed production. What you come to understand about the characters is meaningful, but it's a bit of a slog to get there.

Also The character of the mother played by Emily Kuroda supplies a charming, wise and emotional center to the story.... Read more Read less

See it if I work with paranormal experiences so I found it extremely interesting and the acting was very good.

“Produced for the Pan Asian Repertory Theatre, Gomolvilas’s clever, multilayered play is gratifyingly subtle in its inquiry into migration—the pain of crossing over for the living and the dead alike. Liu’s direction shifts deftly among registers: comedy, melancholy, suspense, and several genuine ...
read more
Get Alerts Alerts On Alerts Off
"Part ghost story, part family drama, this new play by Prince Gomolvilas mixes scary tactics with heartfelt emotions...Weaving the spiritual world with mental well-being, 'The Brothers Paranormal' will have you guessing what is real and what isn't until the very end. It makes for an entertaining ...
read more
Get Alerts Alerts On Alerts Off
"Gomolvilas’ gripping thriller 'The Brothers Paranormal' which crackles with tension from start to finish...Gomolvilas’ horror film-style scenario has been imaginatively conceived for the stage by solid short scenes, smoothly imparted exposition, and humane characters that are all minutely detail...
read more
Get Alerts Alerts On Alerts Off
"Troupe and Coats, the strongest actors in the piece give a grounded, pragmatic strength and wryness to characters who could easily seem a little too long-suffering...Max is a hard character...requires a complexity in both acting and staging that Kridakorn and director Jeff Liu never quite seem t...
read more
Get Alerts Alerts On Alerts Off 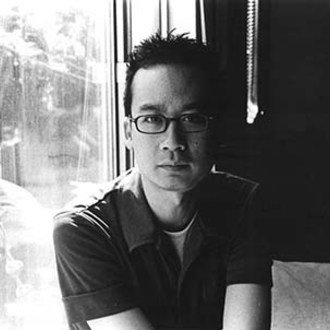 Prince Gomolvilas
Playwright
Get Alerts Alerts On Alerts Off 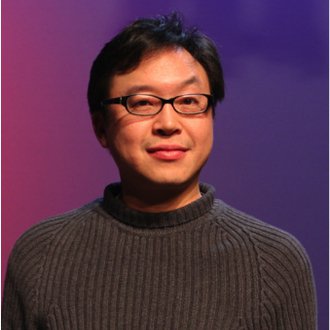 Jeff Liu
Director
Get Alerts Alerts On Alerts Off 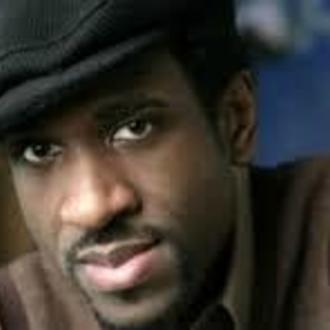 Brian D. Coats
Felix
Get Alerts Alerts On Alerts Off 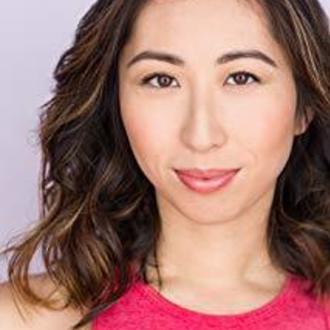 Josephine Huang
Noi
Get Alerts Alerts On Alerts Off 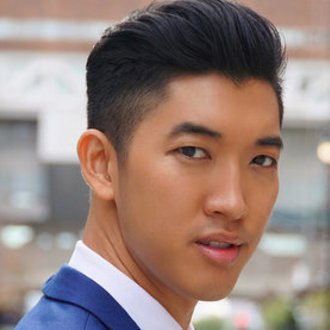 Vin Kridakorn
Max
Get Alerts Alerts On Alerts Off 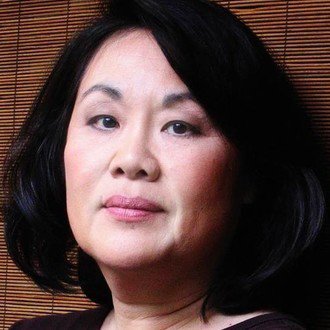 Emily Kuroda
Tasanee
Get Alerts Alerts On Alerts Off