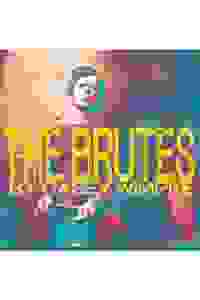 The Brutes NYC Reviews and Tickets

A portrait of the tempestuous relationship of the Booth family: John Wilkes Booth and his brothers, Edwin and Junius Jr.

John Wilkes Booth, a loyal Confederate, is joining his Union family in New York City in November 1864, on the Thanksgiving before the one and only performance in which the three brothers ever shared a professional stage, and before John Wilkes was permanently etched into history as the assassin of President Abraham Lincoln. Beliefs are challenged, histories intertwine, and deep family ties are strained and broken. Though set in 1864, the story could be set in our current time, in terms of civil strife, families torn over issues, and a country sharply divided.

See it if you are fully in tune with the history of the brothers and want a different take on a part of their lives with some good acting.

Don't see it if you want any peace-this is a romp from beginning to end with shouting, shooting, stomping and bright lights that often make you squint.

See it if to see a sparsely staged but overstuffed story of the Booths prepping for a benefit & dealing w/family feuds & the charged politics of 1864.

Don't see it if you're not interested in 19th C theatre history; you expect to find any heart or motivation beneath the densely packed play of ideas. Read more

See it if If you want to see a history based play of negligible if any importance.

Don't see it if If you're looking for a musical

65
Good acting to what end?

See it if You like words. A rather murky comparison of the 2 greatest actors of their age in signature role who happen to be father and son.

Don't see it if You are fussy about Shakespeare. The Shakespearean sections do not soar. you want a big production

See it if you like to support small, new theatre companies. Or if you are Booth-obsessed. Or if you have friends in the cast. Otherwise, don't

Don't see it if you expect the script to make sense. It is ambitous and ultimately, unsuccessful. The acting and staging aren't much better. A weak show.

See it if You REALLY love Julius Cæsar (the play, not the Roman dictator (spoiler alert:he dies)). You like well acted shows that aren't well written.

Don't see it if You need a coherent plot (there are ghosts and a framing device in this that are largely unneeded) or great writing. Neither are found here.

See it if you want to learn some history of the Booth Family brothers (Junius Jr., Edwin and John Wilkes).

Don't see it if you do not enjoy plays that have the actors screaming their lines and the plot jumping all over the place.

Don't see it if You do not want to see a show based on the history of the Booth family. Do not like shows off off Broadway. Read more

"It would seem potentially well matched to both this time of year and our foully antagonistic national mood. But even when the Booths sit down together for Thanksgiving dinner, and Wilkes, as they call him, provokes a fight about the war, this labored, fragmented play remains frustratingly inert, weighed down by a surfeit of story...The paradox of this production, performed in the round on an almost bare stage, is that despite the closeness of the action, the play itself feels remote."
Read more

“A new smart but exhaustingly dense play...Despite this well-packaged setup, the problem is that, across the work’s dense 75 minutes, none of the characters shift from their starting positions...In its current form, 'The Brutes' is rather long on Stoppardian erudition and metaphor and less invested in how the siblings impact one another...Fellini, doubling as director, produces a lively variety of stage pictures in the small in-the-round space.”
Read more

“It is challenging for an actor to breathe credible life into...an average individual. Accomplishing this in a period piece with a little Shakespearean dialogue...is a lofty endeavor for any thespian. This cast rose to the occasion...While there is humor peppered throughout, this is a dark and heavy play...Between Wimpee’s script...coupled with the exceptional acting, it felt as if we were transported to the 1800’s and witnessing the brothers Booth and the tormented ghost of their father.”
Read more

“Wimpee brings us a play that follows the once famous Booth family and their stormy relationship...Fellini’s casting was as stunning as her production scheme. The acting was very believable, and pulled the audience into the story...The lion’s share of the play is written in Shakespearean language, which can be tricky for those not used to its sound. Overall it was a fun and interesting night of theater.”
Read more

View in admin
A
Amanda Kavaja

“This the story about the Booth family both in and out of the theater, was really compelling and powerful and captured its audience...Wimpee’s juxtaposition of the time periods...was clever and uniquely done...Fellini lifted the piece with artistry and intrigue...Actors were amazing, professional, and very powerful. I loved this show and would gratefully see it again...An interesting and intriguing time well spent in the theater.”
Read more