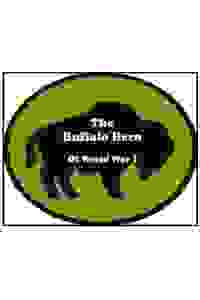 The Buffalo Hero of World War I

Wayne Miner lived up to the Buffalo Soldier creed of "Deeds Not Words." Breaking the chains of fear and death and guided by his mother's spirit, he took his charge in a heroic effort to make America and the world free.

See it if You want to see an important story, told by a mostly African American cast.

Don't see it if You want to see any talent on stage. Everything falls short: the acting, sets, lighting, script and costumes.

Also As poor a production as this was and trust me...it was bad...I found myself drawn in by the idea of the story. Enough that I wanted to know where it went anyway. A a piece of history I found it interesting. As a piece of theatre I couldn’t wait to get out of there.... Read more Read less

See it if Some good acting esp Daryl Wyatt. A story that had to be told. Interesting info provided.. With some publicity the story can move on.

Don't see it if Some weak acting.. Theater not easy to find in the building. (Maybe we were too early for the posted signs?) The set can use more work.

See it if you know nothing about the historic of African Americans serving in the armed forces in the twentieth century or the Buffalo Soldiers.

Don't see it if even in a workshop you need a well written show that you think can be rescued with some tweaking, rewriting and refinefinement.

Also Although the acting is extremely amaturist, the rating is strictly based on the writing. In a workshop, such as this, I easily forgive the problems caused by a low budget - weak (but sincere actors), poor set, poor costumes. But the writing here shows little hope of being rescued. That is the reason for the rating.

Don't see it if The play was poorly written and executed.

See it if There is an interesting and important premise in this show...the stories of soldiers of color have been underrepresented in American history

Don't see it if you're not interested in historical drama.

Also This production had a very "amateurish" feel to it

See it if Very important story.Powerful,relevant, and thought provoking. Uneven acting.This play is absorbing and interesting. See it!

Don't see it if Everyone should see it. It is a timely and important story.

See it if See it if you enjoy supporting a theater group. There are a few actors who carry the show. They are all giving what they can

Don't see it if Don’t see it if a work in progress isn’t your thing. Not all the actors do that well in this production.

See it if You are interested in the challenges faced by African American soldiers in WWI, enjoy learning about history in plays based on real events

Don't see it if You need a fully polished production, are not interested in African American history, prefer light plots, are not open to facing some truths

See it if If you like stories about historical characters, and about how poorly African Americans were treated in the past.

Don't see it if You want to see professional actors.

See it if you like historical characters & interested in the lives of non-white soldiers in the USA. Like to see up and coming actors at their onset.

Also The story touches on the Characters past, on President Wilson's racism, on the riots at that time and the segregation of the armed forces and the Red Cross - but not enough of any.
More information or attention on Minor and who he really was (if that information exists). Despite, I am glad I saw it.
... Read more Read less

1 reviews
Get Alerts Alerts On Alerts Off
84
Great writing, Entertaining
May 15th, 2019

See it if You enjoy good energy. This show kept my attention from beginning to end .

Don't see it if You're not into history. Play was low budget but the story and the actors were amazing!

See it if You want to see something outside of your typical plays. If you love black history, this is for you!

See it if ...You want to be informed,educated, and well aware!...while being entertained.

Don't see it if ...You are not open to learning about REAL history...OUR history!

“The Buffalo Hero of World War I” hasn't been reviewed by any Critics (yet!) 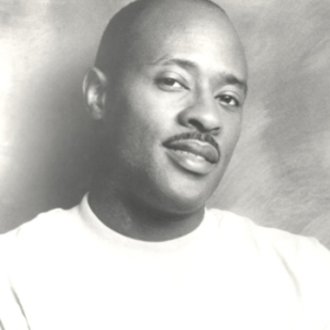 Kenthedo Robinson
Writer / Director
Get Alerts Alerts On Alerts Off