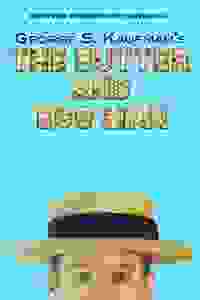 The Butter and Egg Man NYC Reviews and Tickets

Written in 1925, this is a satire about a seemingly simple country boy who comes to New York to break in to theatrical producing under the misguided idea that he will double his money. But the young man may be smarter than he seems – will he be able to turn a “flop” in to a “wow”?

"There are some gross exaggerations, some wavering accents and awkwardness in pacing as well as some ill-advised cutesy behavior during scene changes, but the net result is an enjoyably wacky evening in the company of likeable crazies...'The Butter and Egg Man' has the exuberance of a first rate summer stock production. It is a delightful portrait of a simpler time on Broadway."
Read more

"I can see why this play isn't revived as often as some of Kaufman's collaborations. A lot of the jokes are dated and it's not as funny today...But the cast members here appear to be having a blast and it's infectious. Director Ricardo Rust even makes the scene transitions fun to watch with some bits of Twenties choreography. This also distracts as the set converts from an office into a hotel room, an impressive feat for such a small space and probably budget."
Read more

"There’s much flailing, pounding, prancing, shouting, and grimacing going on, and it pulls the audience out of Kaufman’s story. The actors seem at times to be aided and abetted by director Rust. The pace of the dialogue will slow down to indulge the actors’ displays of cartoonish mannerisms...It may be true that comedy is harder than dying. But pushing the funny is seldom a good strategy. It isn’t a good one here."
Read more

"The play was funny but its chief selling point is as a framework to let talented actors romp and play and stretch their legs. The joy last night was in seeing a bunch of gonzo operators bring their A-game, and play their parts big and true...I would gladly see this production again several times, that’s how much I enjoyed some of these performances. Thanks, Retro Productions, for reminding me — again — of why I ever got involved in the theatre."
Read more