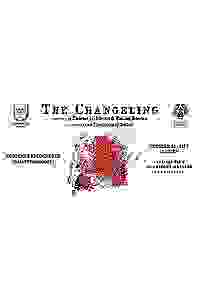 Rude Grooms presents Middleton and Rowley's dark tragedy at two different venues: a speakeasy setting (The Studio Bar at The Astorian) and an immersive, mobile rendition in an art gallery (The Plaxall Gallery).

The Changeling is a deeply disturbing 1622 tragicomedy of lust, madness, and murder. A young woman plots to kill her fiancé after falling for another man. She persuades a servant, madly in love with her but whom she deplores, to commit the crime. That act of violence begins a cascade of horrors that leave no one unscarred. Experience the play that The Guardian calls “a grisly masterpiece” brought to life through site-specific performance, direct audience engagement, and live music.

The Changeling is a wild blend of genres that will appeal as much to fans of Jennifer’s Body or American Psycho as fans of Shakespeare and Jacobean drama. We’re thrilled to build on last year’s oversold run of The Witch of Edmonton at The Astorian and the Plaxall Gallery to conjure these 400 year old ghosts in Queens.

See it if You know Shakespeare well enough to enjoy a 17th century parody of his work. You like gore treated in an equally shocking and thoughtful way

Don't see it if You're sensitive to intense (and ocassionally shrill) operatic singing. Read more