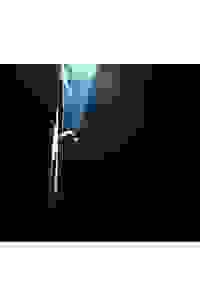 In this new drama, cult leader Mama Pearl, fearing she’s losing control of her flock, prophesizes the second coming of their Goddess. Now she’ll do anything to make her prophesy a reality.

'The Cult Play' follows Mama Pearl, an enigmatic woman with alleged powers and leader of a secretive Goddess worshiping religious group, The Soul Scouts. As Mama attempts to retain control of her followers after the defection of a longtime member, the Scouts each find themselves exploring the boundaries of their faith. When Mae, a rebellious new recruit, introduces The Soul Scouts to social media, she inadvertently triggers a series of events that could end Mama Pearl's great vision of the future.

See it if you want to see an engaging, smart piece of theatre in a wonderfully designed intimate space, great storytelling overall, unique play

Don't see it if you are triggered by violence or sexual assault, there is no nudity or anything too shocking but there are themes that could be triggering

See it if You're interested in cults. I thought it did a really good job of exploring how seemingly rational people could join one.

Don't see it if You dislike intense subject matter, which is amplified by the small space. Read more

Don't see it if Just go see it

See it if you're interested in the ways mental illness and trauma bring people together to meet their needs for belonging and safety.

Don't see it if you're likely to be triggered by staged violence or portrayals of emotional abuse or neglect. Read more

See it if You like incredible storytelling with compelling characters and fantastic acting.

Don't see it if You're looking for fluff.

"Gleefully combines supernatural elements and genre tropes that would work better if the play surrendered itself to its campy tendencies. Instead we get tonal shifts from scene to scene, that make an already overlong play feel interminable...Lazaridis gives the play the subtlety of a C.S.I. spinoff...The play means well, but it feels unfinished...While the actors do their best to make sense of their characters, they end up at the service of a play that's not sure what it wants to be."
Read more

"Wild, insightful, and absorbing...Cusumano has crafted a scenario that though familiar is gripping...The dialogue is well-observed, sharp, and occasionally very funny. The play is peopled by a collection of characters who are all identifiable and have finely drawn back stories...Subplots and repetitious details diminish the momentum, though it builds to a satisfying conclusion. Despite the excessive length it's not dull but does have an overloaded quality...A provocative entertainment."
Read more

"'The Cult Play' starts strong...Across the board, the actors are strong and are the true selling point to the production...And yet, even the talent of the cast cannot make up for a play which desperately needs more editing down...Tendency towards heavy-handedness and long-winded dramatizing...The show drags and even the positive elements become trying as exhaustion overwhelms the audience."
Read more