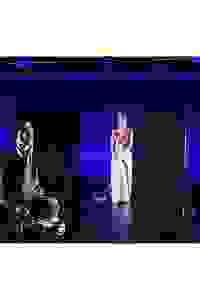 With the 20th anniversary of the Princess’s untimely death upon us, this new drama explores the subterfuge and deception which lead to a scorching climax and changed celebrity, privacy, and the Windsor family forever. More…

'The Diana Tapes' moves swiftly between Morton’s office, the sitting room where the Princess recorded her darkest secrets onto cassettes, and the dingy West London cafe where one of her best friends surreptitiously handed them over. This play allows us to consider the role of the media in our cultural institutions and governing bodies, and the impact it has on our perceptions, then and now.

See it if you want to see a less than reverential treatment of the oft-reported breakout of Lady Di from her royal straitjacket.

Don't see it if you have heard far too much about Lady Di already.

Also “The Diana Tapes” deals with the well-trod break of Lady Diana from her unhappy union with the Prince of Wales, but doesn’t treat Di as the untarnished icon/surviving victim she (likely) wished. Nor is it moralistic about her behavior: We see she had reasons for feeding the press the devastating details of her life among the royals. But the piece lags in frequent reportorial stretches with no more dramatic purpose than divulging information. And the thick snarkiness of the writer & (even thicker!) the publisher of the tell-all book about the unhappy princess soon grows tedious. Most intriguing is seeing Diana as media manipulator. She’s done being victim & not too nice to tread on old friends to get the revenge she craves. The final tableau, a kind of apotheosis of Princess Di in which other characters dress her in black gown & royal jewels is rightly unsettling: How are we to take it, & the enigmatic woman at its center? I wish more of the play earned the richness of its final image.... Read more Read less

See it if you want a live take on what is already known - nothing new offered here. Kudos for some unique, bare budget staging.

Don't see it if you want a fast-paced the the main story. While the acting is okay, there is a lack of a spark to the production.

See it if you are a royal enthusiast. It covers a lot of details in Diana's life.

Don't see it if you expect a fully realized theatrical experience. The performers are better dancers than actors. A lot of time is spent rearranging the set

See it if if you like Princess Diana alittle or alot. Not a long story, but a nice story.

Don't see it if Not big stage number or if you do not like subject.

Also The cast did a great job with this show. I do not know about the tapes, so I did learn alittle. You side a different side of Princess Diana. You see the hurt she fled and you see how she played the game.... Read more Read less

See it if you are interested in the behind the scenes story of the Diana Tapes, or Princess Diana's sad life in general

Don't see it if you are easily bored by a well worn story.

See it if You’re a Princess Di fanatic.

Don't see it if You mind badly behaved audience of munchers, slurpers and text addicts. No managerial control in the theatre.

319 reviews
Get Alerts Alerts On Alerts Off
50
Boring, Mediocre acting, Superficial character development, Confusing at times, Difficult to identify with
May 30th, 2018

See it if you like anything about Princess Diana and can tolerate less than an exciting script with characters that are difficult to care about.

Don't see it if want to get deep insights into Princess Diana and a plot that is exciting rather than plodding.

See it if You have even a passing interest in Princess Di. Enjoy plays steeped in political/personal intrigue. Good companion to "The Crown"

Don't see it if You want a very "in-depth" look at the subject material. Are looking for a "light show."

Also The Diana Tapes would have been a great piece through and through if not for two distinct issues.

Jorge Morales Picó's accent was strange enough to my ears that it kept taking me out of the dialogue. I kept pondering whether I'm just unfamiliar with a certain posh English dialect, or if his accent simply falls short of any plausible British dialect. It seemed he was taking great pains at every verbal step.

Whether through direction or performance Sam Adrain as Michael O'Mara is cartoonishly large. A caricature and then some.

Ana Cristina Schuler, as Diana, is wonderful. Her dialect is spot on, highlighted by snippets of the actual tapes. She is both elegant and tumultuous. A great performance all around.

The staging warrants mentioning. The play is directed with great efficiency, nothing superfluous in sight.

The lighting and set design are also wonderful. The brick backdrop looks stunning at certain moments.

The costuming, most notably in Diana's last scene, is brilliant.

See it if You are interested in Lady Di and don't mind an uneven production. The actress playing Diana was quite believable.

Don't see it if You don't like shows that seem to concentrate more on accents (with limited success) than acting, and are bothered by inexplicable costuming

Don't see it if you're looking for good acting. While the cast gave it their best, their British accents were terrible detracting from the show's content.

See it if You're interested enough in Princess Diana that you will see literally anything about her.

Don't see it if You want a put-together show with some semblance of an ending. Also, at least a quarter of the running time was spent on moving furniture

Don't see it if you expect to see a play about Diana that will tell you anything new.

Also I was very disappointed in the play.

See it if If you were fascinated by Diana and read the Morton book you will enjoy this. Acting by Jorge Morales Pico is excellent.

Don't see it if You are bothered by loud noise and furniture moving.

See it if you’re not familiar with how Diana’s tell-all book by A Morton came about & want to see some “what could’ve been (?)” behind the story of it

See it if You don't mind an early draft of a potentially interesting show.

Don't see it if You want a professional show. The costumes, acting, accents and writing comes across as Jr. high school level.

See it if You want a well acted story about Diana. I did not know that much about her but learned a few things from this production.

Don't see it if You are looking for big splashy sets.

Also Princess Di [1961-1997] & her sorrowful marriage due to Charles & his mistress Camilla, her battle with self-harm + bulimia, a doomed affair with James Hewitt -- the more you remember, the less you'll learn from this play.

There was not enough "conflict" to sustain my interest or move me. Diane's goal is really revenge & a desire to embarrass Charles and be free of a man who does not love her.
Diane's fear of losing her sons comes late in the play & seems like an after-thought.

It would have helped if the playwright had given Diana lines that revealed her inner turmoil and explored her situation much more.

Some of the actors were vibrant and engaging, however, "Diana" was very flat in her delivery.

See it if you want a play that's going to nowhere.

See it if you are familiar with the life of Princess Diana.

Don't see it if you have anything else to do.

See it if You want to see a light play that tries to explore an important issue but only scratches the surface.

142 reviews
Get Alerts Alerts On Alerts Off
76
Clever, Entertaining, Thought-provoking
May 27th, 2018

See it if You need to see All Things Diana.

Don't see it if You know what a riveting story this was in real life; holding great possibilities for dramatization. This was flat, lacking momentum.

See it if You like the royal family and are interesting to think more about what Princess Diana was really like/her motives for releasing the tapes.

Don't see it if You don't know anything about Martin's book or the royal family or Diana. The play expects you to know the basics to get into the story.

See it if you still need a dose of Royal family stories or some British accent & play , or if merely intrigued to know the deal in the "Diana tapes".

Don't see it if you expect a literal interptetation of Lady Di or recreation of British settings -as this is a minimalist production but in effective style.

What Will the Neighbors Say?
Producer
Get Alerts Alerts On Alerts Off 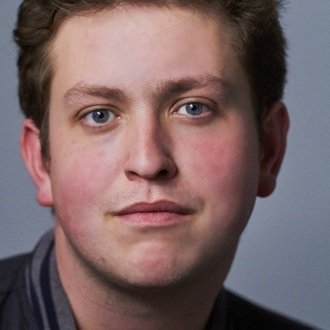 James Clements
Playwright
Get Alerts Alerts On Alerts Off 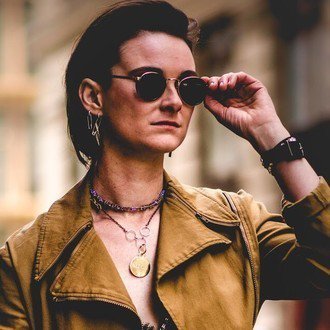 Wednesday Sue Derrico
Director
Get Alerts Alerts On Alerts Off 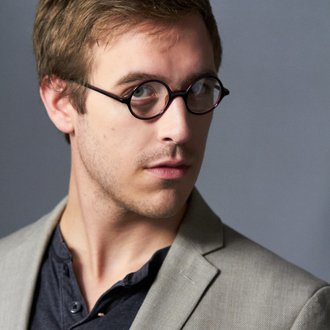 James Clements
Andrew Morton
Get Alerts Alerts On Alerts Off 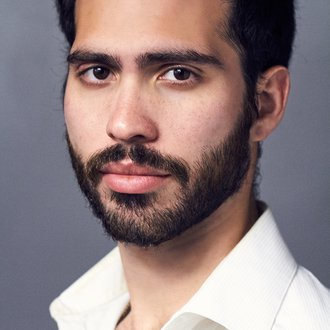 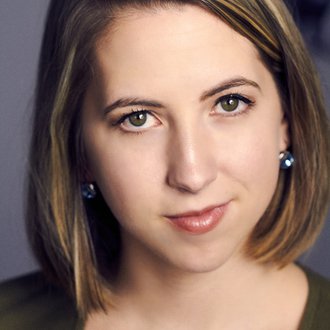 Ana Cristina Schuler
Diana, Princess of Wales
Get Alerts Alerts On Alerts Off