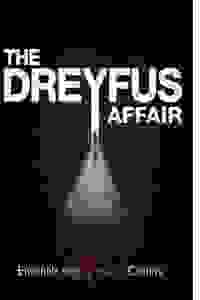 Ensemble for the Romantic Century presents a work inspired by the life of 19th-century French Jewish artillery officer Captain Alfred Dreyfus, who was wrongfully convicted of treason.

False arrest. Intrigue. Conspiracy. Undying love. In 1894, Dreyfus was found guilty and sentenced to solitary confinement on Devil’s Island. In the aftermath, France was torn apart in a seismic political clash between progressive Dreyfusards and right-wing anti-Dreyfusards that pitted friends against friends, and neighbors against neighbors. 'The Dreyfus Affair' is the final installment of Ensemble for the Romantic Century’s trilogy of historic music dramas, following 2015’s 'Jules Verne: From the Earth to the Moon' and 2016’s 'Akhmatova: The Heart is not made of Stone.'

See it if Non-traditional format that alternates between historical biographical drama scenes and classical music performance.

Don't see it if The characters suffered and emoted but I wasn't moved by them. I learned a lot about the history and enjoyed the music.

See it if You like chamber music and are interested in learning more about the Dreyfus affair. Music, singing, acting, dancing and projections combine

Don't see it if You are not OK with relatively long music and dance interruptions in the plot.

"A deep sense of anxiety is established from the very beginning of this hybrid of concert and theater...Zola’s passion provides welcome fire to a show that otherwise hews to a calm, even-keeled tone, exemplified by Mr. von Essen’s sober performance. Much of the emotion is supplied by the musical selections, which both illustrate and comment on the story, and are not necessarily from the actual Dreyfus era—a conceptual gambit that can be just as distracting as illuminating."
Read more

"Many individual elements of this production are very strong, especially the talent of the musicians and actors...The show’s overarching direction seems to err on the side of style over immediacy…The play does much to stylize and theatricalize the events of ‘The Dreyfus Affair,’ but very little to dramatize them…Though the production is not without its particular lapses in storytelling, it is a fine example of historic, intellectual drama, capable of provoking thought."
Read more

'The Dreyfus Affair' attempts to tell the entire story through expository speeches, dramatic scenes, multimedia projections, operatic song and often excessively long orchestral pieces. It’s no easy feat, and the attempt is probably ill-advised. For while there are gorgeous moments from a supremely talented cast and musicians, the lulls in the story are too frequent and too disengaging...The parts simply didn’t add up to a whole."
Read more

"The performances are restrained, which is a wise choice given the inherent melodrama of the story. The music, however, is powerfully emotive, and performed with intense vitality…Other than the two main characters of Dreyfus and his defender, Zola, there is little depth or nuance to any of the characterizations…Overall the production could use some serious nip and tuck…Everything seems to go on just a bit too long. But the music, the singing, and the lead performances are marvelous.”
Read more