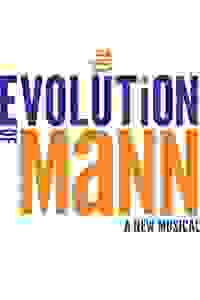 View in admin
The Evolution of Mann
NYC: Chelsea
78
Score it Scored!

The Evolution of Mann NYC Reviews and Tickets

This new musical comedy explores love in all its forms and how to build a lasting relationship in the 21st century.

"The Evolution of Mann" follows Henry Mann, a thirty-something year-old single New Yorker eager to settle down…or so he thinks. After receiving an invitation to his ex-fiancée's wedding, he and his lesbian roommate embark on a quest to find his soulmate, his perfect date. Starring Max Crumm.

See it if you're looking for a fast-paced rom-com on stage.

Don't see it if you're looking for something that has something to say about anything. This is pleasant but not revelatory.

See it if you want to hear new songs that are hip (without the hop), sincere and touching and a story that is old, but made new here.

Don't see it if your heart has lost any notion of romance and/or sentiment along the way. This is touching in a way that old movies used to be--finally! Read more

"The cliché-ridden new musical...Henry’s biggest challenge involves deciding who is meant for him...Common sense dictates the answer, but musicals, and love, don’t run on common sense. Still, watching a handful of romantic comedies for guidance would have saved a lot of anguish...Elish collaborated on the lyrics with Cohen, who composed the bland tunes that never test the cast, but he bears sole responsibility for the book."
Read more

“A romantic comedy about dating and love in the 21st century...The cast moves effortlessly amid the scenes with some impressive vocal stylings...The telling of Henry's story is clichéd at times...but thanks to the authenticity of the actors' portrayals, it's easy to invest in the story...’The Evolution of Mann’ has a lot of potential and is a great date musical...Any adult could relate to the heart of this show. It's a witty how-to for establishing lasting relationships.”
Read more

“It feels stuck in its own personal time warp...If the score wanders all over the map in terms of quality, it does have a few nice things...We're supposed to be charmed by the self-involved, immature Henry, but it's an uphill battle...He's a pro, but, really, there's a limit to what anyone can do with this material...The conflicts are forced, the gags are a little moldy, and the behavior of the natives only superficially resembles that of human beings.”
Read more

"The writers often veer into clichés, but explore them with freshness and candor, even dealing with Henry's embarrassing reaction when he embraces Christine after their first date ('Hard'). There is one shtick, a much-repeated dirty phone call, that was unnecessary and increasingly annoying. Meant to test one of the character's faithfulness, it just didn't work."
Read more

“A pleasant enough escape for 90 minutes, especially as performed by the likable cast...The music is generic and the lyrics aren't much better, but there are some bright spots in the score...Where writers Cohen and Elish really succeed is in the hilariously groan-inducing musical that Henry is writing based on ‘The Great Gatsby,’ the funniest thing in the show. Also to his credit, Elish writes an ending that, while still hopeful, does not go the completely predictable route.”
Read more

"It is a little gem, bearing resemblances to the 'Tales of Hoffmann'...That a musical could be produced at the tiny Cell theater demonstrates creativity writ large...The clever book was written by Dan Elish who also wrote the meaningful lyrics with Douglas J. Cohen, who also composed the music. The music is organic—it conveys what it’s meant to convey, but it’s unlikely you come out whistling any of the tunes."
Read more

"A moderately well performed but ultimately tired rehash of familiar tropes, with too few original ones…Under Joe Barros's brisk, minimalist staging, sometimes done with choreographic precision, the transparently artificial plot works itself out…It's pleasant enough on the ears but the melodies, most on the upbeat side, are largely in a generic, pseudo-Sondheim mode, too many being sound-alikes. Cohen and Elish's lyrics are usually better than the music."
Read more

“If you don’t mind fluff ‘The Evolution of Mann’ is just right for you. The cast is as talented as can be, the direction by Joe Barros, smart, the music tuneful, but I seriously wondered who is this show audience?...Crumm brings more to the character than the script does. Trimm is a wonder bringing a distinctive life to each of the women she plays...It’s not that I didn’t like this show, but I wish they had shown real emotions that just didn’t lie on the surface.”
Read more

"Catchy music and lyrics...The songs that tell the cumulative story are the best part of the show, making more of an impression than the requisite dialogue...’The Evolution of Man’ could use a bit of tightening. It is only 90 minutes...but Henry’s plight and searching begins to feel over-extended. However, the geniality of the cast is steadily pleasing and there is a tidy ending that you may or may not see coming.”
Read more

"The greatest strength of 'The Evolution of Mann' is the revolution of its women...Trimm convincingly gives each persona a look, life and sound of her own...Another much-missed presence is that of a choreographer. In lieu of dance steps, we are often served up exaggerated mannerisms and gesticulating arms. Missed chances abound including figuring out something clever to do with the 20-foot-long phone cord that Henry and Gwen have...attached to their wall-mounted landline."
Read more

"Offers a cute, sweet, lighthearted look at the familiar theme of one Millennial navigating the ups and downs of relationships...The solid cast is backed from behind the upstage curtain by a tuneful trio...The amusing songs and simple rhymes are consistent in style...A light and fluffy look at contemporary love, fine performances, and a pleasant evening of entertainment."
Read more

"Mann's evolution from a self-pitying mess, to a heartless cretin, to a humble and considerate human being is uninspiring. Nonetheless, the talented collaborative musical score & lyrics by Douglas Cohen and Dan Elish offer some uplifting numbers that elevate the overall production...Trimm's impressive singing voice and versatility is notable. Still, much of the musical numbers tend to blend and the story overly sentimental."
Read more

“From the opening note, this small musical is a delight...With clever lighting...and an excellent instrumental ensemble...The music is melodious, and well-crafted. The lyrics are consistently funny, tuneful, and to the point. They move the plot along with sometimes wicked humor, while allowing comments and reflections to be made as needed. The orchestration is superb...The cast was extraordinary...All in all, this thoughtful work was stunning, with cheerful music and a happy ending.”
Read more