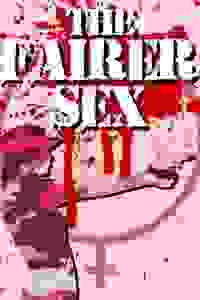 Between Us Productions, committed to producing socio-political theatre by new writers, present a dark comedy in which feminists have taken over the government and are fighting to protect the new world order.

The women of the world, fed up with subjugation and sexual violence, have cast off the chains of oppression and staged a global revolution. But all is not well in the New World Order, as the brutal pro-male insurgency has swelled under the grip of a terrifying new leader. Police interrogators Kristen and Lena apprehend a seemingly innocent young man when the resistance tries to smuggle him out of the hospital. As the secret to his identity unravels, Lena and Kristen clash over the proper course of action. Tensions rise, loyalty is tested, all leading to a climactic, bloody showdown. Can the women protect themselves and their new found rights while still keeping their humanity and preserving love?

Don't see it if You want stronger acting

"'The Fairer Sex' is deeply hysterical from beginning to end. Gusinow lifts the characters up, with lines allowing the actors to make choices, understand their characters, and give stunning performances...'The Fairer Sex' is a must see and triumphs in its ability to create a cathartic, hysterical, mind-changing theatre experience."
Read more