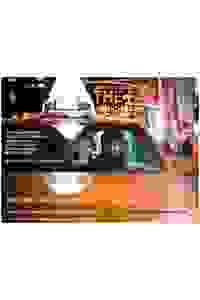 The Fare NYC Reviews and Tickets

The Textile Co. presents a politically charged drama about a cab ride that changes the lives of everyone in the vehicle.

When a Pakistani cabbie gives a ride to a Connecticut banker in New York City, a dispute over the fare leads to an altercation touching on many timely issues including immigration, identity, class, color, privilege, prejudice, and what it means to be an American. Inspired by real events, 'The Fare' tells a fictitious story about what happens when two people with different backgrounds clash and end up caught in an event that's bigger than both of them.

"'The Fare' is a dramatic wonder that takes the everyday and calls it into question...What I love so much about this show is how simple the concept of the plot is, but how much cognitive thought goes into the simplicity of who is right, who is wrong...Everyone involved in this show was wonderful...I would highly recommend Claude Solnik's new work to whomever is looking for an engaging, thought-provoking piece of theater that is sure not to disappoint."
Read more

"'The Fare' is an interesting play but it has some rough moments and fails to deliver a coherent message. The story revolves around a New York banker who has a disagreement with a Pakistani cab driver over a fare. The dialogue is interesting but it takes place in truly ridiculous and unrealistic circumstances. While the play addresses important subjects such as immigration, class, and relationships, it stated the obvious so much it could star in a commercial as Captain Obvious."
Read more