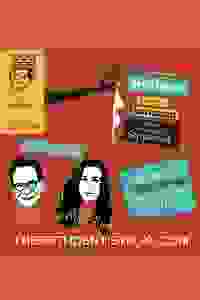 Mike King, son of Sid King, fondly reminisces on the highlights of growing up the son of a legend.

What’s it like to be the son of Sid King, the “Sultan of Burlesque”? In his 70 minute solo show, Mike King, “The Fifth Dentist”, is more than happy to tell you. Originally from Denver, Mike is a pediatric dentist in NYC by day and a comedian by night. This is the story of one man's love for his father regardless of what his Orthodox Jewish family may think of his father's career choices. Mike King (“Dr. Mike”) has been a comedian for decades. He has appeared on Comedy Central, America’s Funniest Home Videos, and was a regular opener for Ray Romano.
Read more Show less

See it if mix of little comedy and story telling of growing up with your father owning and running a strip club.

Don't see it if If you looking for a base comedy show. Read more

See it if you enjoy a humorous biographical one-man Jewish stand-up routine, based on his life growing up as the son of a strip joint owner

See it if You like the old Jewish standup comedy. Heartwarming tribute to his father. Respectful and loving.

Don't see it if You do not like solo shows or old standup jokesters.

See it if you'd like an entertaining combination of reminiscing, story telling and a little stand-up comedy. Not hilarious, but funny and touching.

Don't see it if you don't like one person shows or stand-up.

Don't see it if One man shows about their life

See it if This is a warm-hearted, biographical comedy. The actor's reminiscences about his father are touching, and the comedy skits are funny.

Don't see it if you are turned off by the naughty world of burlesque.

See it if you like raunchy comedy & interesting true stories. Seems to be for older generations- DEF not PC. The stand-up comedy is amazing, though.

Don't see it if you're easily offended by sexism or uncomfortable with dirty talk or don't enjoy one-man shows (the actress employed is nearly superfluous.)

"This chronological autobiography is interspersed with King’s stand-up routines at various venues on the 1980s New York circuit. King has clearly developed his set over the decades; these segments got the loudest guffaws of the night...Ultimately, the show's regressive gendered and racial views struck me as problematic, with several cringingly offensive moments. However what comes across throughout is King’s profound and sincere love for his father."
Read more