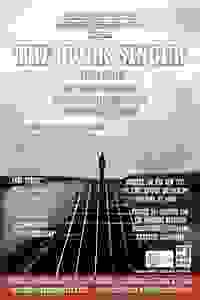 Theater for the New City presents this world premiere musical about a politically minded folk singer.

'The Folk Singer' tells the story of a young, modern-day musician who wants to write songs as relevant as the tunes of Woody Guthrie, Bob Dylan, and Joan Baez were in their heyday. He collaborates with a group of like-minded local musicians, and together they compose new songs and stage a folk festival​ for the 21st century with the hope of reaching a wider audience through social media.

See it if you enjoy folk music and an attempt to look at today's problems with some thought.

Don't see it if only enjoy jazz, opera, bebop and funk

See it if you love folk music

See it if Great

"An imbalance of plot and musical numbers makes the characters less relatable, and the songs about touchy subjects difficult to stomach and justify...Rather than land, the songs hit with too much material too soon. That said, the performers themselves are extremely dedicated and talented...Though it's an interesting concert and an excellent introduction to a rarely publicized genre of music, as a book musical, 'The Folk Singer' leaves something to be desired."
Read more

"There is a collection of talent downtown on the East Side that is well worth a visit...The musical numbers are interrupted by four gag skits — reminiscent of long-ago vaudeville — that take place, not on the stage-upon-the-stage but on the theater floor. While they serve as comic relief from the stream of musical numbers, they do feel separate from the spirit of the evening. The cast is a talented group."
Read more

"Though the festival itself has some great moments, it lacks in terms of plot and character. The potential story becomes merely a framing device for the celebration of folk music, sacrificing the development of a truly compelling narrative...Despite this, some of the festival’s songs created lovely moments...Overall, the play lacks in overall cohesiveness, but delivers in moments of emotional insight."
Read more

"The problem is that the songs are overly simple and undistinguished. They don’t take up these issues with any bite or particular insight, the rhymes lack wit or pungency and in general the vision is unimaginative...The fine four-person band does all it can to draw the most possible from the music and they’re so excellent that at times they make for really good listening–transcending the music they have to work with."
Read more