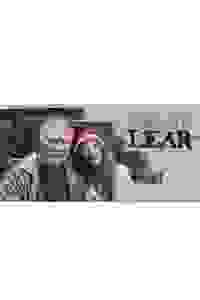 A national leader with cognitive impairment. A dysfunctional family with political power. Concern about caring for an aging parent. Intrigue, war, and death. This new work explores "King Lear" from the Fool’s perspective.

"The Fool’s Lear" follows the story of Shakespeare’s "King Lear," from dividing the kingdom between two of his three daughters and banishing the third, only to find himself rejected by the daughters he favored. Joined by the son of an ally, they plot against him as he finds himself wandering the countryside with his companion, the Fool, and what seems to be a homeless person. Lear’s world falls apart as he loses friends, allies, family – in short everything dear to him – while the Fool can only watch.

See it if you like exploring different facets of Shakespeare's canon. There were some stand out performances in the ensemble.

Don't see it if you are a Shakespeare scholar and/or purist. A little clunky in the cuts, but I was definitely intrigued by the interpretation.

"It’s well-played and inventively staged but doesn’t really fulfill its aim of presenting a fresh 'Brechtian' take on the tale. It’s a 'King Lear'-lite that makes for a fitfully compelling experience amidst the accomplished small-scale pageantry...Kee’s condensation is artfully faithful but the excisions and inclusions don’t quite jell into a riveting narrative...The 13 scenes flow fluidly from one to another at a measured pace. The cast has unity and offers sterling performances."
Read more

"While some actors handle the text with nuance, grace, and ease, others fall flat...'The Fool's Lear' lacks the finesse and full command of language that Shakespeare requires, but outstanding performances could make the evening worth your while. There is enough potential in the text to carry us on a magnificent journey, but the disjointed cutting and clunky staging may make you feel like you’re the one descending into madness."
Read more

“Ably adapting Shakespeare’s ‘King Lear,’ Kee highlights the most salient themes and turning points of the play, emphasizing that in foolishness is great wisdom...Kee shepherds his actors to relay their portrayals with authenticity and depth. His casting of a woman as The Fool is humorously ironic...Kee’s approach toward the story of ‘Lear’ in ‘The Fool’s Lear’ is inspired as is the talented, adroit ensemble.”
Read more