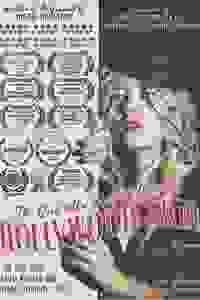 View in admin
The Girl Who Jumped Off The Hollywood Sign
NYC: East Village
74
Score it Scored!

Charting over 30 years of the Golden Age of Hollywood, including stories from the Silent Era, the Great Depression, and World War II, this solo play with music features songs from cinemas greatest stars.

An aspiring actress stands on the 50 foot H, looking out at the lights of Los Angeles and the Dream Factory known as Hollywood. It is 1949: Truman is President, Marilyn Monroe is a little known model who poses nude for an art calendar in order to recover her impounded care. Nobody has ever heard of Evie Edwards, but Evie has only ever wanted one thing: to be a star. 'The Girl Who Jumped Off The Hollywood Sign' includes songs Judy Garland, Marilyn Monroe, Jean Harlow, and more. Writer Joanne Hartstone stars as Evie.

See it if you like tales of old Hollywood. Interesting details about studios during WWII. Less successful story of down-on-her-luck wannabee.

Don't see it if broad acting bothers you. JH plays most scenes at full-throttle emotion. And I wasn't a fan of her (harsh, nasal) voice, altho others were. Read more

See it if you want to be immersed in the world of 40s Hollywood & captivated by the experience of one tragic, guileless actress in search of her dream

Don't see it if you have no interest in old-world Hollywood & the timeworn story of the dewy-eyed midwest actress in search of silver-screen stardom. Read more

See it if Goes thru Hollywood dreams and falls, the pain of not making a star on Hollywood Blvd, with some true facts

Don't see it if It's slow at points, and not a happy play.

See it if you are interested in the golden age of Hollywood, & how the studio system treated women of modest talent.

Don't see it if for you a play is only a play if it has more than 1 character. Most of the time this 1-woman show is in direct address to the audience. Read more

See it if You want a play w/music about old Hollywood that feels contemporary. You want a well written & edited solo show.

Don't see it if You prefer plays w/modern settings. You don't like plays w/music. You dislike solo shows.

See it if You enjoy strong female performers in solo shows with a touch of music. Great singing voice and interesting story.

See it if you appreciate Hollywood and Greatest Generation era nostalgia mixed with their ugly truth, and music with melody and intelligent lyrics.

Don't see it if you dislike Hollywood nostalgia genre, a solo woman show with minimal set and a capella, or LES, or cannot sit 90 minutes without interval.

See it if You like strong female performers with a good story to tell. She draws you in and one can relate to what it takes for success in this world

Don't see it if If you want to see a flashy Show with full sets and costumes. This is simple and direct. And works

“A heartbreaking look at the human cost of America's dream factory...In her performance, Hartstone disturbingly showcases the power art can wield not just over our psyches, but our physical beings...Although presented in an old-fashioned package, ‘The Girl Who Jumped Off the Hollywood Sign’ is a timely call for responsibility on the part of our self-styled dream merchants when they still have a long way to go.”
Read more

“Hartstone has such a fine ear that she skillfully mimics not only the vocal contralto of one of her heroes--Judy Garland--but captures the speech of the era...Evie's tales about mistreated Hollywood actresses are deeply resonant...'The Girl who jumped off the Hollywood sign’ would be impressive if written by someone other than its star. But Hartstone's writing is as powerful and nuanced as her performance...The one-woman show nicely directed by Fusco was captivating from start to finish."
Read more

“The story of the tragic, would-be starlet is an old, old one, and, after a while, one begins to wonder if there is any point in this exercise in masochism…Hartstone makes Evie pitiable, but she can't quite make her interesting. Fusco's direction maintains a nice pace and, to the extent possible, keeps the brakes on Hartstone's full-throated penchant for emoting…It's hard to recommend this to anyone looking for an incisive, gripping drama.”
Read more

“Employing a blend of fact and fiction, song and story, Ms. Hartstone transports us into a past that is nearly as unsettling as the present...Evie comes across as a powerful chronicler of the era, but not as a heroine that we are particularly rooting for...Additionally, Evie’s suicidal tendencies feel less than fully earned...Still, Ms. Hartstone’s gutsy and gusto-y performance mostly compensates for the script’s flaws.”
Read more

“Hartstone brings sincerity and sweetness to her portrayal…However, the chirpy, high-pitched Midwestern twang she affects…is not particularly enthralling. And…if Evie had Hartstone's pitchy singing voice, Hollywood wouldn't have made a major blunder in ignoring her…'The Girl'…seems more intent on reminiscing about Hollywood in the 1940s…than on developing a three-dimensional character we can believe might not only have lived through it but found it necessary to consider jumping.”
Read more

"Hartstone’s writing is concise and vividly descriptive, packed with images that evoke the bustling atmosphere of golden age Hollywood. Her well-researched script is populated with entertaining archetypes...Plotwise, though, some of the show’s potential goes untapped...Harstone needs a bit more guidance from director Vince Fusco...despite these missteps, Hartstone’s warmth and charisma shines through and she is clearly a talent to watch."
Read more

"A one of a kind show...Joanne totally embodies the character of Evelyn, and her American accent is relaxed and flawless as we are let into Evelyn's life through her many façades. Throughout the show Hartstone plays a number of different characters who she switches seamlessly from with ease...Hartstone has the ability to milk every line in this well-written show. Her connection with the audience is instantaneous and from start to finish, both actor and audience member are one."
Read more

"Hartstone, who also plays Evie, punctuates her story with familiar songs of the period that loosely parallel an otherwise straightforward narrative. Hartstone has a nasal contralto is deeply reminiscent of the period and invests plenty of drama into each number. It’s an engaging performance delivered with sensitivity but Hartstone treads a very familiar path here. Entwhistle is borrowed as a metaphor in Evie’s story whereas she’d probably have been much more valuable as the subject."
Read more