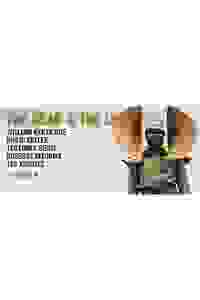 The Head and the Load

This processional musical journey melds performances by orchestra collective The Knights, and an international ensemble cast of singers, dancers, and performers accompanied by a chorus of mechanized gramophones alongside multiple film projections and shadow play to create a landscape of immense proportion and imagination that utilizes the vast sweep of the Wade Thompson Drill to upend standard notions of scale.

See it if you want to see a unique multimedia piece about the overlooked role of Africans in WWI, with music, dance, projections and shadow play.

Don't see it if don't like edgy theater without a traditional structure.

Also It apparently has gained 20 minutes since London. At 90 minutes, it seems a bit long.... Read more Read less

See it if you enjoy extravagant multi-media shows that convey their message without a conventional linear script.

Don't see it if you prefer conventional theater.

See it if Like a modern (projection, shadows, dance) opera (non-English singing/sounds) of all the unknown black bodies lost in WWI serving colonizers

Don't see it if No real plot, more about the feels. Some parts get artsy fartsy and long. Need good vision to see the warehouse-long stage.

Also Ticket with a discount from a friend who works there for $28.

See it if You want to see a piece about the rarely heard of role of Africans in WW1. It is performance art with singing, music, and shadow art.

Don't see it if You like a linear play. This is something completely different. So beautiful in its rendering of the suffering of the Africans in WW1.

See it if Grand scale of historical significance presented in multimedia. Armory is a fascinating backdrop in architecture and history.

Don't see it if Need to be spoon fed, you'll go hungry.

See it if You are open to multi-media pageants on a grand scale . The subject is Africa in WWI and the decimation of the native population.

Don't see it if It is not linear, it has no plot to speak of, it is very impressionistic and deals with war and oppression.

Also Another fever-dream of a production that fills the Park Avenue Armory with over 40 actors, singers and musicians on a stage that seemed the size of a football field.
Like shadow theater run amok, the pure power of the visuals was overwhelming.
The subject-the impressment of Africans in Europe's WWI and the enormous loss of life especially among the native porters or "carriers". The approach of the production is abstract as to avoid melodrama but it still conveys
the enormity and the emotion of the loss.
Wonderfully moving and unique theater.

See it if Gorgeous. Imagistic opera in 4+ languages, taking viewers on an intense trip of African porters during WWI. Almost 40 singers and musicians

Don't see it if Entry-level tickets are fairly expensive, but are there worth it? A definite yes.

See it if You like experimental theater and story telling in non chronological order.

Don't see it if If you enjoy more conventional format.

See it if If you know who William Kentridge is - run until there's still tickets. It's an electrifying collage of imagery and ideas.

Don't see it if you don't know who Kentridge is, you probably won't enjoy it much. It's a theater of absurd.

Also This is the theater of absurd so usual measures are hardly applicable to it. The first World War gave birth to absurd theater, its memory served as an impetus for further development, therefore it's only fitting to use it to depict WWI now.
It has all of his usual Meyerholdian tropes, but the scale and the scope of the Armory lends the show an unbelievable physical and emotional strength. I don't think I've ever watched anything this epic.

The music, the voices, the projections, the shadow play tricks - on every imaginable level this show is a giant feast.

See it if If you want to see the work of William Kentridge.

Don't see it if If you want more than an accumulation of images and ideas that don’t cohere into any discernible story.

Also I like William Kentridge’s charcoal drawings and animation. The Head and The Load aspires to grand gestures with large scale projections, discordant juxtapositions, and stark images, all to tell the story of the Africans conscripted carriers by the Europeans during WWI. Kentridge goes for the big canvas, but never pays attention to what the whole picture is telling. Some of the vignettes are beautiful, it most are too obtuse and abstracted to help tell the story. I like big ideas and big theater, but I also want to be moved and changed by what I experience. This did not.... Read more Read less

See it if See if you think Bowie's Lazarus was to simple.

Also Artist/playwright's father could tell a story. Apple rolled off a cliff from the tree.... Read more Read less

Don't see it if You expect traditional drama with narrative and character, climax and denouement