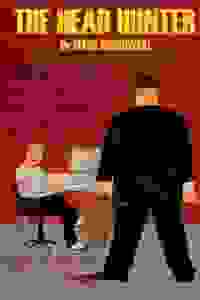 Termination Productions LLC presents a dramatic encounter between a screenwriter and his mobster cousin in this dark comedy.

Casmir, a screenwriter, has sold the exclusive rights of his screenplay to a sleazy Hollywood producer. He confesses what he has done to his cousin Salvatore, a hit man for the mob. The screenplay, a bio-pic, contains incriminating truths about Sal's father. Enraged, Salvatore vows to get the screenplay's rights back to Casmir even if it means eliminating the producer. The two cousins are forced to deal with issues that tore their family apart and drove them to be who they are: one an artist, the other a ruthless killer.

See it if you like gangster themes with two excellent actors.

Don't see it if you've been there, done that

"This presentation by Termination Productions and directed by Richard Gekko does nicely in capturing the cousin’s sometimes-close, sometimes-adversarial relationship and in making the dark side of their outré world seem plausible. What is inadequately explored here is the play’s provocative humor, offered up far too subtly to provide the necessary balance between the disturbing subject matter and our understanding of the strange world this family inhabits."
Read more

"Clark as Kashmir and Rivera as Salvy are both very good actors and they play for real. The tension and resolution in the relationship is handled beautifully by both men. The director Gekko has guided the action well, letting the actors explore the reality of this story in a very organic way. The set is authentic and claustrophobic. But the play, written by Mark Borkowski, has predictable twists and turns and leans on stereotypes to make his point."
Read more

"There is a lingering lack of immediacy and some confusion written into the dialogue between the writer and the mobster cousin...Trenton Clark’s presentation of the emotional and fearful writer is played with such mercurial bursts of yelling so that his character is hard to sympathize with as a victim…An interesting play: worth the ticket for this play that can only be described as eerie thriller meets cerebral drama."
Read more