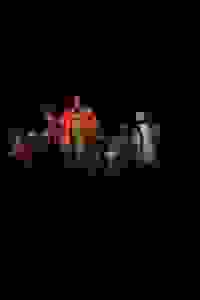 It’s the end of the Sixties. And Jimi Hendrix’s final New Year’s Eve. This new work recreates an iconic moment in rock and roll history. Part of the Public Theater's Under the Radar festival.

See it if you really like Jimi Hendrix music and/or dance pieces. I'm not sure I understood it, but I enjoyed it.

Don't see it if You're expecting a play. There is no dialogue in this piece, just stylized movement as the performers "watch" a historical concert. Read more

See it if You want to hear Hendrix's great music louder than your home stereo will allow.

Don't see it if You expect the view of the balcony crowd will add anything. They do not move to the music. Nothing they do is organic. It is cardboard.

See it if you want a completely unique theater experience. Nothing you will see on or off broadway will compare.

Don't see it if you need dialogue or a story to follow. There is no speaking, there is no plot, and there is only one set. It is still magnificent.

“This show tackles the transformative power of music without a single line of dialog...Part of the achievement of Mr. Smith, who conceived and directed the show: the evocation of an audience’s internal world, as they go from fascinated befuddlement to euphoria...Mr. Smith tries to freeze-frame a moment in American history...Nothing much happens: It’s just some people at a show. But the moment is suffused with both elation and unease.”
Read more

"It almost makes you feel like you’re also high and at the show with these people. 'The Hendrix Project' wouldn’t be half as interesting if not for some great sound and video design by Marc Anthony Thompson...Suffice it to say, you should probably like the music of Jimi Hendrix if you want to enjoy this show...While the effect of watching 'The Hendrix Project' is kind of like being in a drug-induced haze, it ends with the sobering realization that this is one of Hendrix’s final performance."
Read more

"We in the audience spend an hour watching the fans in the balcony as they watch the concert...I’ll admit fleeting appeal in this art student approach, forcing one to contemplate deeper significance in the characters’ movements...But then one realizes that all these thoughts are cliches about the Sixties. No, what 'The Hendrix Project' offers is one hour of the music of Hendrix loudly amplified as if we’re at a live concert. For Hendrix fans, this might be enough."
Read more