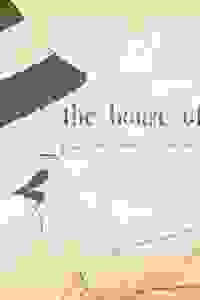 The House of Setting Sun (Dream Up)

Part of Theater for the New City's Dream Up Festival: In this Jazz-Age musical, the surviving member of a prominent Georgia family invites a fortuneteller to his plantation to divine who killed his long-dead parents. More…

Victor, a young gentleman in Savannah, consults traveling mystic Eudora about his parents' unsolved murders. The lone heir to their fortune and engaged to Daisy, Victor is anxious to get a fresh start and desperately seeking closure for events in his past. However, Eudora's intrusion into the sacred family house causes old vendettas to resurface, and Victor discovers that those he trusts most may have the cruelest intentions.

See it if you like any musical. storyline is hard to follow and takes place in Savannah. light opera? family strife? mystery? mystical?make sense?

Don't see it if you expect a coherent experience. everyone singing on key. more than a piano. well-defined characters. reason for so many in cast.

See it if you have the time for a meaningless, unsatisfying adventure in the theatre. Time better spend wandering the neighborhood.

Don't see it if There is really nothing to recommend about this show. Sorry!

See it if You can appreciate a few excellent voices and a hilarious, adept performance by one actor (you will spot her immediately) amidst mediocrity

Don't see it if Plot matters: game non-singers in over their heads keeping up with a complicated score results in an incomprehensible storyline and ending.

Also Casting House of the Setting Sun with decent actors that can't really sing in a production that is all singing is unfair to all concerned—composers, actors &material, making it difficult to really judge the evening fairly.

With a strong premise & visuals, it’s decently directed, but inaudible actors—a pervasive issue these days—caused much of the plot & action to be incomprehensible, notably the ending.

The uneven score, understandable with 5 composers, ranges from lovely, textured chamber melodies to Broadway bombast & clichés, the lyrics following the same curve. Orchestrations were lush though scored only for violin & piano.
Light cues need to be realized, songs cut & costumes to at least try to get near 1927—the young couple looked as if they just got off the Hamptons jitney.
Still, the project has something, & real commercial possibilities. Although this production unfortunately can’t really be recommended, it’ll be interesting to see how this show develops. It definitely should

Don't see it if you can't sit through an unedited story where all the songs sound the same which is amazing because they were written by different people.

See it if I honestly can't recommend this show; the actors did a great job with some pretty terrible material, but it was still hard to sit through

Don't see it if you appreciate smart lyrics, a strong story line, and high production values; they're sadly lacking here.

See it if You like seeing very very early stages of a show. You want to support new work. Two of the cast members have lovely voices.

Don't see it if You're looking for a coherent story line, quality writing, or strong voices singing on key. Borderline unwatchable.

See it if You enjoy musicals in minor key, entirely accompanied by piano, and you want to see new artists and composers.

Don't see it if You enjoy mainstream musicals, or you're looking for a halfway decent musical. This is not well done.

See it if You like works in progress. Effort went into the book, music & lyrics-needs more. Lindsey Gradwohl & Sam Krivd bring life to their roles.

Don't see it if You can't devote two hours to a muddled plot, lyrics that often don't work and music that can be monotonous.

See it if experimental musical theatre is for you. You like some good singing despite cloudy story, and awkwardly staged. Some acting okay, some not.

Don't see it if Musical #1: balance singers - piano! Left after Act One - no underscored dialogue was audible and at least 50% of singing undistinguishable.

See it if You are looking for a well casted musical with great songs and a refreshingly original plot. You like eerie murder mysteries.

Don't see it if You are looking for the normal bells and whistles of Broadway in terms of set, seating, etc.

See it if you have no standards or enjoy seeing very rough work. The singing was sometimes off key and the music was repetitive. Story was dull.

Don't see it if Don't see it. Only saving grace was that 2 of the actors had good voices. Unfortunately the music barely did them justice.

Don't see it if You want great acting, deep character development, are hard of hearing

See it if You don't mind repetitive songs and book, and you really want to support new local theater

Don't see it if You're looking to be impressed

See it if You appreciate community theatet, up-and-coming actors and original musicals.

Don't see it if You prefer shows with good acting, writing, lyrics, and a set.

See it if you're willing to sit through a terrible show to see truly talented actors commit themselves all the way despite bad material.

Don't see it if you really want to see a Southern Gothic Thriller Musical. Cause it wasn't southern, gothic, thrilling in any way and the music, well, ouch.

See it if you want to see an original small production

Don't see it if you prefer a more mature production

See it if you want to have fun

Don't see it if you are tired

See it if You have a friend in the show. Don't mind a show where the supporting cast are WAY more enjoyable than the leads.

Don't see it if You want a finished product. Great premise, just not fleshed out yet. Poorly directed, for sure. Characters need to be developed more.

Also There were 3 characters I adored because they seemed to know what they were doing, The Housekeeper, the dead mother and Father Rose. Probably the only real actors up there. I truly enjoyed watching them and saw an inner life and story within their choices. Father Rose and the mom had lovely voices. Victor and the fortune teller could sing, but were such god-awful actors I couldn't wait for them to be off-stage (which, unfortunately wasn't often). Udora over-acted, pulled stage from everyone else when she wasn't the focus, confused character choices, just so damn unlikable. Victor seems like a singer who has never acted before. He seemed lost from start to finish. The two of them together was like watching a jr. high drama club. Both could use some SERIOUS training. Daisy was sweet and likable, but I think some technical training could benefit her singing and acting. But she was likable.... Read more Read less

“The House of Setting Sun (Dream Up)” hasn't been reviewed by any Critics (yet!)