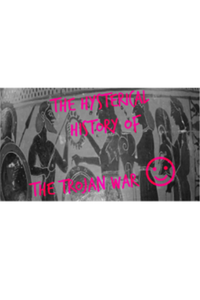 View in admin
The Hysterical History of the Trojan War
NYC: Midtown W
100
Score it Scored!

The Hysterical History of the Trojan War NYC Reviews and Tickets

The Alpha NYC Theatre Company, dedicated to giving opportunities to new theatre artists, presents this spoof of Homer's 'Illiad' and the Trojan War.

Ancient history gets a comedic new twist with AlphaNYC Theater Company's 'The Hysterical History of the Trojan War.' D. M. Larson's comedy gets creative with chronology and we see the Trojan War as sparked by bored housewife Helen. She's tired of her life in Sparta and leaves her husband to run away to Troy with her new boyfriend Paris. Battles are fought, Gods get involved, dance numbers are staged. Classical Greek characters come alive in this comedy about the epic Trojan War. And yes, there will be a horse.

Don't see it if You don't