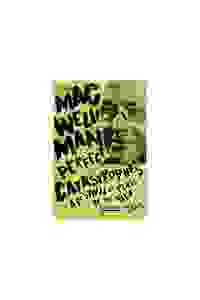 The Invention of Tragedy

This absurdist work about a chorus of students trying trying like the devil to tell a simple story offers an examination of the post-9/11 world. Part of the Flea's "Mac Wellman: Perfect Catastrophes" series. More…

A STUDENT. A CHORUS. A WAR.

A chorus of students, all alike and all unalike, are trying like the devil to tell a simple story—perhaps the story about the tragedy of the Sandwich Man, with sandwich boards upon which nothing is written, and hence, say nothing. The Invention of Tragedy is Wellman’s examination of the post-9/11 world and America’s general and genial acceptance of the Iraq war.

Wish I Could See Them All
Syosset
50-64 | Male
671 reviews
Get Alerts Alerts On Alerts Off
80
Absurdist, Profound, Refreshing, Great acting, Clever
October 13th, 2019

Don't see it if You don't like weird absurdist plays. You need to make sense out of the spoken words. Delightfully playful, but meanders, w/o much plot.

Also I don't know how the actors ever memorized all those nonsense lines, and were able to deliver them with such emotion. It all fit together, but I can't articulate why.... Read more Read less

See it if you want to see simple spectacle on stage but not really understand it. It's out there! But moments are interesting and funny.

Don't see it if you want to understand what you are seeing. Some things resonate, other things- who knows???

See it if You like being puzzled as to what is going on.

Don't see it if You prefer straightforward plots.

See it if you're into Wellman and making your own meaning. This is brilliantly directed. Really gets you thinking about conforming v. speaking out.

Don't see it if you want easily followable narrative. This is hilarious with great acting and great sets but very quirky and strange. Not for just anyone.

See it if you have patience, because by the end you'll appreciate its message. See it if you love seeing up & coming actors...Major bravos to Susan Ly

Don't see it if you do not like a message very well hidden in this absurdist plot.

Also I really liked it by the end ... STAY for the full message/the actual underlying plot. I found the setting, initial costumes, & the unfinished/disjointed lines in the first 15-20 min a off-putting.... Read more Read less

See it if You are bored by traditional theatre and want to enter a netherworld that will put you in a trance, then move you beyond imagination.

Don't see it if You like your stories tied up neatly, your plot line to make sense, and your characters to have names.

See it if You love experimental forms of theatre! Also has a great run time (approx 60 min).

Don't see it if You are looking for a coherent, normative throughline of plot. It is a play based in emotion and action less than it is about words.

See it if you’d like to see a brainy, updated version of the beginnings of Western drama in the emergence of an actor from the chorus, then another...

Don't see it if you are looking for anything like a standard-issue drama.

Also I’m a Wellman fan & loved this, a brainy re-invention for contemporary times of the hoary old story that Western drama begins when an actor emerges from what had always been a unified chorus & begins to dispute with it, & then another & soon we have drama as we know it. The Bats, Flea Theater’s young troupe, all women in this one, again distinguish themselves. It’s hard for me to imagine a director more capable of giving body to Wellman’s perverse imagination than Meghan Finn. Some auditors might have trouble with the early choral odes, language at ground zero: Some sense is starting to emerge as a rudimentary syntax begins to take over the utterances & themes, phrases, whole sentences repeat, but nothing like language we expect in theater takes shape until “characters” emerge from the mass. Even then stories achieve only fitful enactment & get relentlessly redefined. I found it totally invigorating, but for some it might be a head-scratcher. (Props to composer Michael Cassedy!)... Read more Read less

See it if You want to see a play where a bunch of girls are dressed as animals. It’s very weird and zany

Don't see it if You like to understand what is going on. I was confused by the first 30 seconds and none of the play made sense to me

Also I did not intend to see this play tonight my plan was to see another play in the same theater written by the same playwright but that play was canceled for some unknown reason today. Rather than going home I decided to see this. When I looked it up I didn’t think I was going to like it and I was right. I have never seen anything by this playwright before and this was probably the worst introduction to him for someone like me. I was completely confused from the very beginning. I see a lot of shows at the flea and I love the bats. The entire time I felt terrible for all the wonderful actresses that were on the stage. They were absolutely perfection and they made the best out of this horrible script. The playwright should be ashamed that he wasted so much talent on this production... Read more Read less

See it if you're a Mac Wellman fan (and everyone should be, really), i.e., you know what you're getting into. Confusing but powerful, great production

Don't see it if you expect to come out with a well formulated idea of what you've seen.

Also The language is intentionally and exquisitely non-linear, at times obtuse with made up words, non-grammatical phrases and non-verbal utterances. The overall emotional arch does get through although reading through the notes/script might anchor you better to what's going on on the stage. The cat-dance will knock you out. The talk-back after the performance was phenomenal - I rarely saw director/actors being so eager to convey what they were trying to do and how they approached it.... Read more Read less

See it if You enjoy poetic language, physical comedy, and fables.

See it if You like experimental. You have an open mind & imagination. You've never seen a Mac Wellman play before (like I hadn't). Fun before drinks!

See it if you want to experience quirky, fun and experimental theater. It's beautifully directed with gorgeous music and amazing costumes & dance.

Don't see it if you only like traditional theater. This is different than what you may find on Broadway, but will still appeal to fans of musical theater!

Also To newbies of the playwright of Mac Wellman: Mac writes odd plays!! Going into it it is helpful to know that what you're going to see might not follow a traditional narrative outline--that is not to say that it is not entertaining. The Invention of Tragedy in particular is so amazingly directed with moments of laughter, heartbreak, wit and splendor. It's magical and weird and you will not be bored!... Read more Read less

Don't see it if You feel like being spoon-fed an easy show. The Music Man is probably playing somewhere...

Don't see it if If you prefer dialogue that's straight up and easy plot lines. 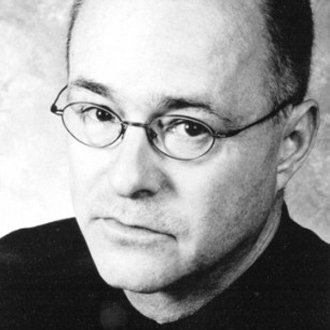 Mac Wellman
Playwright
Get Alerts Alerts On Alerts Off 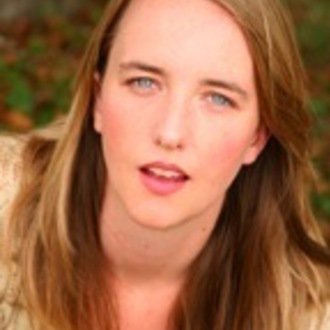 Meghan Finn
Director
Get Alerts Alerts On Alerts Off