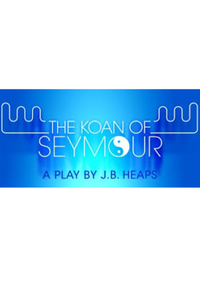 View in admin
The Koan of Seymour
NYC: West Village
93
Score it Scored!

The Koan of Seymour NYC Reviews and Tickets

In IRT's new play, Seymour’s fellow comedians gather to mourn his passing. As the evening progresses, truths are revealed, lies are invented, and Seymour may have one last surprise.

It would be impossible to name a performer who more effectively blurred the line between his real life and his life onstage than Seymour Fitzgerald Payne. While he was popular for his beloved characters like the Purple Orange and the Bellowing Mime, Seymour was also involved in a series of public confrontations that left his fans wondering if these incidents were rehearsed routines or spontaneous tantrums. But just as his career was beginning to soar, his life reportedly ended. Was his mysterious demise a calamitous tragedy? Or his latest, and most elaborate, hoax?

See it if You are a fan of clever banter, good twists and turns, and like to be entertained.

Don't see it if You dislike offensive language or bawdy humor.

See it if You want a light & fun show with great actors, you are intrigued by stand-up comedians like Andy Kaufman, you like shows under 80 min.

Don't see it if You find stand-up comedians uninteresting.

"So much of the plot is left, brilliantly, to the imagination...Thanks to spot-on casting and solid acting, one feels like real-life comics are onstage...Bennet would do his actors a favor by remaining a bit strict with pacing and caution towards energy-deflating physicality...Perhaps in future stages of this play, one may have the chance to spend more time with this elusive character, Seymour. Such artists as he is based on deserve an even deeper appreciation."
Read more