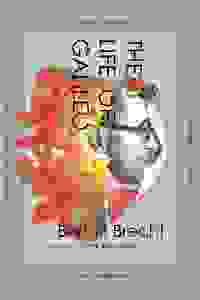 View in admin
The Life of Galileo
NYC: Brooklyn
77
Score it Scored!

The Life of Galileo NYC Reviews and Tickets

Irondale Ensemble presents a new staging of Bertolt Brecht's drama about the legendary astronomer and physicist and his battle between his scientific principles and the Catholic Church.

"Galileo" follows Galileo as he worked to prove the Copernican theory that the sun, not the earth, is the center of the universe. Galileo’s findings and claims challenged the Catholic Church’s omnipotent religious rule. Accused of heresy and brought to trial, Galileo forcefully recanted his findings and was confined to house arrest for the rest of his life, forbidden to continue to write further about a moving earth or a stationary sun. The adaptation also showcases a new political system coming into power and the extreme intellectual conflict experienced by technology and information.

See it if A very well acted story good acting. Scientist vs religion and the conflicr was interesting to watch.

Don't see it if Very, very long. First act about hour and a half. If you want a lighter show, a comedy ect.

Don't see it if you have difficulty following complex plots where actors play multiple rolls without changing costumes.

See it if you are a Brechtian who understands that fidelity to Brecht means probing his work for what it has to say to a contemporary audience.

Don't see it if you either don't like Brecht or only like Brecht as he was written. Read more

See it if Interested in progression of thought, science and truth telling via actual 1600s historical persona finally vindicated in the 20th century

Don't see it if Have no tolerance for many words and/or listening to them, expect not to have to participate/think not necessarily be entertained at theatre

Don't see it if You’re looking for a fun evening

See it if You are interested in the intersection of politics and science.

Don't see it if You can't handle a long play that is sometimes odd.

86
Question everything, prevent suicide by mob

See it if Brecht's messages ring your bells, as do historical and thought-provoking theater. Four actors creditably carry at least 16 parts.

Don't see it if you can't plumb the messages of both Brecht and Galileo: is your thesis or hypothesis completely worthless? Question, read, teach & learn. Read more

See it if you like your Brecht without bombast, cheekily adapted for a cast of 4; ably abetted by duo of live musicians

Don't see it if not interested Brecht; aren't up for leaning into a long evening (2 1/2 hours plus, 90 min first act) that--like much Brecht--has its lulls Read more

"Irondale’s innovative and triumphant 'Galileo' is Bertolt Brecht at his most excellent, cradled by an ensemble of dynamic and invested performers and pitched inevitably toward its audience with a playful, conscious eye toward its own didactic mission...As much a top-notch production of the play as it is a contemplation on the playwright himself, staged like a troupe of actors trading spirited performances, mulling over Brecht’s text."
Read more