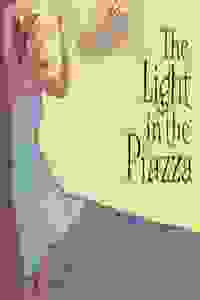 View in admin
The Light in the Piazza (Kidz Theater)
NYC: East Village
80
Score it Scored!

The Light in the Piazza (Kidz Theater) NYC Reviews and Tickets

Kidz Theater revives Craig Lucas and Adam Guettel's Tony-nominated musical about a wealthy Southern woman spending the summer in Italy with her daughter in the '50s. Performed by an all-youth cast.

In the summer of 1953, Margaret Johnson is touring the Tuscan countryside with her daughter, Clara. While sightseeing, Clara—a beautiful, surprisingly childish young woman—loses her hat in a sudden gust. As if guided by an unseen hand, the hat lands at the feet of Fabrizio Naccarelli, a handsome Florentine, who returns it to Clara. This brief episode, charged with coincidence and fate, sparks an immediate and intense romance between Clara and Fabrizio. As 'The Light in the Piazza' unfolds, a secret is revealed: In addition to the cultural differences between the young lovers, Clara is not quite all that she appears. Unable to suppress the truth about her daughter, Margaret is forced to reconsider not only Clara's future, but her own hopes as well.

See it if you want to see a beautifully produced traditional musical.

Don't see it if you find the subject matter interesting and complex but don't like plot holes or plot-driven writing.

See it if You're into romantic musicals.

Don't see it if You don't like having your heart strings tugged at.

See it if you love lush, classic, romantic scores and beautiful sets/costumes

Don't see it if you don't like to cry at shows.

See it if You are a romantic! (also liking Italian opera-like singing)

Don't see it if you want lots of action, drama or comedy!

See it if Funny and sad what a Mother must do....

See it if It gives a new take on young adults who are mentally differently abled and where they may fit in given a chance.

Don't see it if If you aren't into happy endings, internal conflict and lying for the greater good.

See it if Saw it because my friend was in it. It was ok.

Don't see it if There are other better shows to see.

Don't see it if you would rather a musical