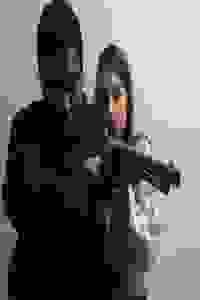 The Long Rail North takes place during the brutal days of 1863, when the Carolinas were ripped apart by Civil War. The story focuses on Private Thomas Morgan, who leaves his regiment to rescue a little girl named Molly Barnes from her plantation, ripped apart and set ablaze by a nearby battle. Taking her on one of the few remaining working train, Thomas risks everything to protect her from both Union and Confederate armies, pursuing them both with merciless determination.

See it if you want a real, accurate look of the lives that the Union overlooked, black Union soldiers and women.

See it if Presents human empathy and sacrifice regardless of background.

Don't see it if Slow and predictable. Read more