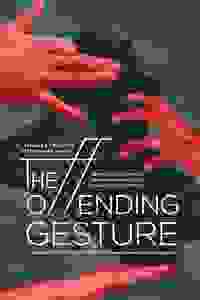 The Tank presents the world premiere of a humorous and poetic indictment of American foreign policy in Iraq, told through the true story of Hitler and his dog, Blondi.

Wellman takes as his subject a political incident that occurred in 1941 just before Germany invaded the Soviet Union, when Tor Borg, a Finnish businessman infamously taught his own dog Jackie to do the Nazi Party Salute in response to the command, "Heil Hitler."

See it if You enjoy abstracted history plays with music

See it if you want to hear about Hitler's dog and enjoy a surreal cats subplot.

Don't see it if you want a linear, spelled-out storyline.

"Particularly enjoyable, a concoction involving Hitler’s dog, a Finnish guy’s dog, Iraq and the absurdities of international relations. Oh, and musical cats...Mr. Wellman’s eclectic works are often hard to penetrate, but Meghan Finn, the director, has gotten the most out of this one, aided by haunting music composed by Alaina Ferris and delivered by a sort of Greek chorus of 'mooncats,' as they are called in the script."
Read more

"Wellman never attacks a subject head-on, preferring the sideways approach, complete with bizarre plot cul-de-sacs, extra-theatrical devices, and richly allusive, and often mandarin, language...Yet these elements somehow fail to add up to a satisfying evening...There's a lot of talent involved in 'The Offending Gesture,' but somehow its many good bits don't come together to create a persuasive alternate world. It doesn't offend, but neither does it sufficiently provoke."
Read more

"'The Offending Gesture' is a tightly produced play with an appropriately eerie design...Perhaps the most exciting thing about this play is the subtlety with which it delivers its point. To be sure, the choices here are large, from the performances to the overall theatricality...It's a story about trying to understand a changing world, from the perspective of observant but rather dense animals."
Read more

"There is something astonishing about every aspect of this encouragingly strange production. It is very much a piece of theater dictated by the writing...Such ambitious material could inhibit the creativity of the collaborators in some productions. But not here...'The Offending Gesture' is a strange piece, and not just because of the incongruous little stage world it constructs."
Read more

"Wellman has fashioned a weird, playful, tuneful and often funny play…Directed by Meghan Finn with music by Alaina Ferris and a pleasing design, 'The Offending Gesture' is threaded with Wellman’s usual supply of puns and comic repetitiveness, as well as the briefest of stabs at current political commentary thus trying (and not succeeding) in giving this entertaining play a point."
Read more

"It's the contretemps that Wellman, always intent on going his own way, spins into a satire that has an abundance of amusingly silly moments and some amusingly somber moments as well. The drawback is that at 80 minutes, the amusing moments only add up to about 20, maybe 25 of those 80 minutes...had it been written and performed in, say, 1943, it would have been explosive satire. Showing up in 2015 gives it the air of being somewhat defanged."
Read more

"Well acted and sung by an all female ensemble…Layla Khoshnoudi as Noble Wolf is played hilariously dictatorially. Meghan Finn keeps the ridiculousness like a commedia del arte performance. The haunting music by Alaina Ferris is delivered like a Greek chorus howling at the moon in perfect pitch..Wellman immerses us in a new world that almost seems like a parallel universe. Though incredibly poetic, it did get a little repetitive."
Read more