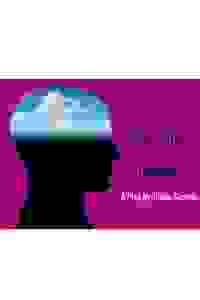 A comedic, heartwarming New York tale highlighting the connection and whimsical interactions between the living and the dead. Part of the 2018 Dream Up Festival. More…

The audience follows the life of a young man named Neil who has terrible luck in love. Unbeknownst to Neil, much of his disastrous bad fortune is due to his dead, overbearing mother, Elaine, meddling in his love life. Drama unfolds as Neil seeks to break his unlucky dating streak, while simultaneously helping his father find love again. An endearingly nosy upstairs neighbor, Millie, and her smooth-talking late husband, Fonzie, are among the quirky characters who interfere in Neil's romantic escapades as the story progresses.

Don't see it if You are expecting something that is polished, cleaned up and ready for an audience

Also There is an interesting concept and probably even a good play inside here somewhere but a lot of this needs to be cleaned up. A lot of the story and the actions of the characters do not seem to make sense. There are a few scenes that can totally be cut. There are other scenes that need to be trimmed. Overall I was pleasantly surprised by the balanced cast... Read more Read less

See it if you like to support smaller local theaters, new writers; want something inexpensive

Don't see it if you found the premise (funny, touching play about connections between the living & the dead) intriguing - it disappoints ..

Also First scene or two funny, sitcomish. Then just fell flat. Much overacting but mostly it was the writing.
Never felt it to be heartwarming, just confusing.
The staging was a little annoying with furniture being moved around frequently. That is understandable however with very small budgets.

See it if You want to support new plays. The bones of a fun story are somewhere in there.

Don't see it if you want a tight, coherent story. Too many plotlines that come out of nowhere. Over long. I thought it ended, but now, one more scene to go.

Also The first scene or two make you think "oh, this is going to be a fun show about ghosts", but sadly, it goes downhill quickly. Just when you think the story is going somewhere, a brand new plotline comes out of nowhere and leave you wondering if scenes that explain them were cut out.... Read more Read less

Don't see it if you can't sit through slow 100min show w/no intermission. Wanted SO much to like it more, but playwright doesn't deliver on premise promise.

Chance Gabriel ("Neil") was sweet & endearing in his debut. All characters were connected to HIM somehow. Even the dad's date said she felt like she was connected to "Neil"; that he reminded her of someone she'd known (named Danny) whom is no longer alive.

There are lots of little scenes... Millie's kitchen, a vegan restaurant, "Neil's" apt, his dad's apt, Chez Louis restaurant, the park, etc... forcing many distracting scene-changes. Made the show seem much slower than not. With no other alternative than to MAKE those scene changes, we're forced to sit thru them.

The absolute stand-out was Caren Skibell ("Millie"), w/her hysterically accurate NY accent & pushy delivery. She brought on most of the laughter within the 100min, helping to make the experience palatable.

Don't see it if You want a satisfying conclusion to the story of some sort.

142 reviews
Get Alerts Alerts On Alerts Off
51
Too many furniture moves, Slow, Not witty enough or not enough thought provoking exchanges among characters
August 31st, 2018

See it if you want to torture/punish yourself for any misdeeds,

Don't see it if you like characters who do not make sense with lines or with voice inflections.

See it if You want to be exposed to a kernel of a potential concept or idea.

Don't see it if If that kernel never goes beyond an idea of a concept.

Also There was a lack of a compelling central conflict, and thus the take-home resolution/message fell flat. There were a couple of moments that had the potential to be funny or sentimental, but this show needs a lot of work before audiences start connecting.... Read more Read less

See it if You like heart warming stories with fun characters.

Don't see it if You want a dramatic, deep play.

See it if you want to support theater, however unremarkable.

Don't see it if you don't want to waste your time.

Also The makeup consisted of a cast both overacting and underacting, lacking that organic feel that is necessary for connecting, whose disjointed characters just dissatisfied. The storyline really didn’t gel; the writing was questionable, problematic, and cliché. Character motivations were not thoroughly realized. This was a very one-note production bereft of complexity and true depth all around.... Read more Read less

See it if You are open minded to the connection between the living and the dead. Or lost someone & understand the impact their memory has on your life

Don't see it if You get confused with multiple characters interacting, or believe when you die you are gone leaving no mark or influence behind.

Don't see it if You are looking for an intense drama

See it if You want to support new plays

Don't see it if You want something really good

Also The concept was pretty interesting so I really wanted to enjoy this play but I just didn’t, the play uses a lot of stereotypes, jokes that you’ve heard before, the story is a bit basic and overall it just doesn’t come together... Read more Read less

Don't see it if You only like fast developing plays

“The Ones Upstairs” hasn't been reviewed by any Critics (yet!) 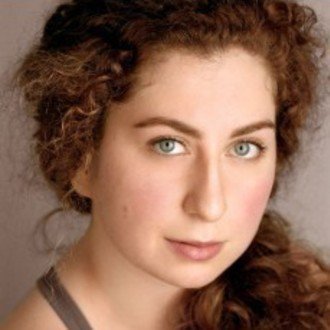 Jillian Stevens
Playwright
Get Alerts Alerts On Alerts Off 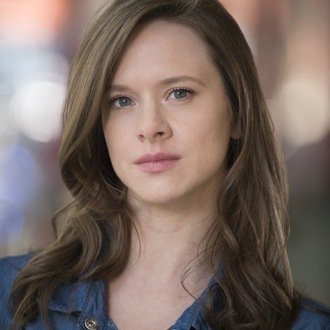 Toni Salisbury
Director
Get Alerts Alerts On Alerts Off