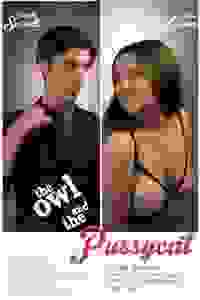 View in admin
The Owl and The Pussycat
NYC: Midtown W
96
Score it Scored!

The Owl and The Pussycat NYC Reviews and Tickets

First presented on Broadway in 1964 and later made into a movie starring Barbra Streisand, this classic comedic tale returns to New York City.

When Felix Sherman, a struggling novelist working in a bookstore, manages to have Doris Wilgis, a would be actress and model moonlighting as a prostitute, evicted from her apartment she furiously confronts him in the middle of the night and succeeds in placing his living situation in jeopardy too. Despite Doris's terrible temper Felix finds himself falling for her. The two of them wind up sharing accommodations, and their bickering turns into an unpredictable romance. But their inability to be honest with themselves about who they are and what they want continually gets in their way.

See it if You enjoy Barbara Streisand