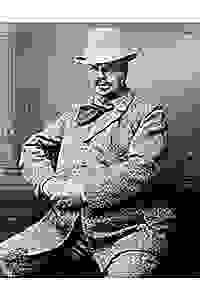 View in admin
The Pelican & Isle of the Dead
NYC: East Village
89
Score it Scored!

The Pelican & Isle of the Dead NYC Reviews and Tickets

August Strindberg Repertory Theatre presents the world premiere staging of the two works together, as they were written and intended by their Strindberg.

In "Isle of the Dead," a middle-school teacher who has died in his sleep wakes up to find an enlightened spirit sitting next to him. This spirit tries without success to explain to the teacher that he no longer need concern himself with such mundane matters as grading papers before class. Finally, the spirit instructs the benighted teacher to watch a play with him. The play is " The Pelican."

In "The Pelican," a vivacious young widow has eyes for her newly-married son-in-law. The moral turpitude of it is driving her son to drink. Throughout her children's lives, the widow denied them food and firewood, unwilling to "squander" money that she is actually stealing for herself. The son finds a letter from his late father recounting her cruelty -- how will he avenge her betrayal? The play's title comes from an erroneous myth of nature: the mother pelican feeds her chicks ground-up fish from her beak, but in earlier times, this was thought to be her own blood, making the bird a mistaken example of charity and sacrifice. In a wicked note of irony, the mother was honored with verses about the pelican's sacrifice at her daughter's wedding.

See it if A spirit takes inventory, then views play in which an incriminating letter is left behind. Great impulse to sandwich both plays in 95 min

See it if Love the playwright and company.

Don't see it if Hate out of the way venues with pushy, obnoxious hosts begging/fundraising.

Don't see it if U don’t like small theater or prefer musicals. Want the 2 plays to be more cogent with more of a moral to the story.

See it if an ok but not especially remarkable production of a great play.

Don't see it if you've never seen or read this particular play and would like to get acquainted with it. Read more

See it if Great production of this rarely seen Strindberg play. Cast has great chemistry. All performances are excellent and nuanced.

Don't see it if You don't like to think.

See it if See it if you love shows that make you think about life, love, death and everything in-between. Great acting and a riveting plot!

Don't see it if You're looking for a musical or a farce.

See it if You want to see a great delivery of an ambitious world premiere!

Don't see it if You only enjoy musicals!