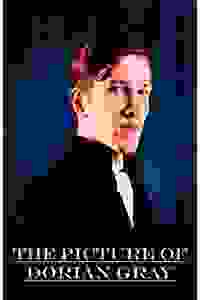 The Picture of Dorian Gray (Onomatopoeia) NYC Reviews and Tickets

The Onomatopoeia Theatre Company presents an adaptation of Oscar Wilde's famous novel, about a man who does not age.

Innocent young Dorian Gray has his portrait painted by his close friend, Basil Hallward. Dorian also meets Basil’s friend, Lord Henry Wotton, who introduces him to London's social circuit and a decadent world of self-indulgence. While Dorian's appearance remains youthful, he eventually discovers that his portrait ages, reflecting his sinful ways and growing uglier with each offense. Dorian then keeps the portrait safely hidden in his attic, but his mysterious behavior and ageless appearance begin to attract suspicion.

See it if you have never seen the film. It is a good story and this production sticks to the plot.

Don't see it if you are expecting the creepy, haunted quality that the name suggests. The mechanics of the play seem to take up too much of the production.

See it if you like Oscar Wilde and loved the movie. This production was pretty good but too long

Don't see it if you don't like sitting for 2.5 hours watching a play that was not as good as the movie