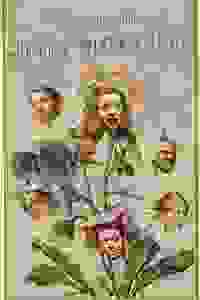 View in admin
The Possibilities and The After-Dinner Joke
NYC: Chelsea
71
Score it Scored!

The Possibilities and The After-Dinner Joke NYC Reviews and Tickets

In Howard Barker's 'The Possibilities' four short plays explore actions unexplainable by logic or rationality. From the biblical Judith, to Czar Alexander, to a bookseller who hordes her stock for fear that knowledge may fall into the wrong hands, to a woman whose dress is investigated by the state as a provocation to men: these four plays contain all of Howard Barker’s signature wit and complexity.

Told in 66 brief episodic scenes, the plot of Caryl Churchill's 'The After-Dinner Joke' follows Selby, a young woman who quits her secretarial job to pursue her passion for ‘doing good.’ As a charity worker, she earnestly avoids political issues, only to discover the impossibility of this. “There’s something political in everything.”

'The Possibilities' and 'The After-Dinner Joke' will be performed in rotating rep with 'Brecht on Brecht.'

See it if political black comedy (from the 70s/80s but all-too relevant today) interests you & you want great examples from 2 of its best exponents.

Don't see it if you're jaded/apathetic about poverty, political corruption and greed or you're too idealistic & unwilling to be provoked from your naiveté. Read more

See it if Good college production of four Barker and one Churchill rarely seen. Status quo and OxFam are skewered in all.

Don't see it if For fans of The Potomac or The Atlantic Annex only.

See it if You appreciate Howard barker and caryl Churchill plays

Don't see it if You want tradional play.

See it if You like an evening of thinking quickly. Small intimate theatre allows you to feel as if you're part of the action.

Don't see it if If you're looking for easy entertainment.

See it if you enjoy seldom-seen works from interesting and provocative playwrights,intelligently directed and beautifully acted by a talented ensemble

Don't see it if you find scattered scenes, multiple characters and several points of view distracting, or if you prefer more conservative theater.

See it if Neither is a play: they are sketches in social satire. P is especially outlandish; After Dinner aspires to a plot. The acting is v strong.

Don't see it if you have patience & an appreciation for dry, bitter humor. Neither is quite as effective at political commentary as it intends.

See it if you are interested in issues, more than in character development or plot. You like something to chew on.

Don't see it if you want a drama with a plot or a musical. If you don't enjoy being confronted with the craziness of society.

See it if You can sit through a somewhat dull first play to see the wonderful, charming, captivating second play.

Don't see it if You need every minute to be first rate. Read more

"'The Possibilities' is a quartet of brief provocations...They have no discernible link, except for a general desire to unsettle, a goal that is achieved on a sliding scale...'The After-Dinner Joke': Inevitably, with a piece as scattershot as this, some bits work better than others...There's no pretending that either of these pieces is a major work, but fans and completists won't want to miss them and there's something inherently valuable about the bracing dose of pessimism they offer."
Read more

"Now in its 32nd Season PTP is producing (in repertory with 'Brecht on Brecht') a double bill of rarely seen short plays by the two authors, Barker's 1986 'The Possibilities' and Churchill's 1978 'The After-Dinner Joke.' While the productions by Richard Romagnoli and Cheryl Faraone, respectively, (PTC/NYC's co-artistic directors) are excellently staged and very well acted, both plays are problematic in various ways."
Read more

"Both offerings invite the audience to grapple with provocative content that often seems elusive and controversial and that raises numerous essential, enduring questions...Kudos to an unflappable Madeleine Russell who portrays an unconventional woman...Cheryl Faraone takes the directorial helm for Caryl Churchill’s 'The After-Dinner Joke' and guides her talented cast through a successful sailing on the waves of the playwright’s 'stew of twisted narrative chronology.'"
Read more

"Although stylistically quite different, the plays generally fit together well in their emotionally dizzying and intellectually disorienting exploration of power and politics...The plays are presented simply...The focus, therefore, is placed on the plays and their ideas. While the results of the Barker-Churchill double bill are nevertheless a mixed bag, the Potomac Theatre Project is to be commended for showcasing the little-known work of these two luminaries of the British theater."
Read more

“'The After-Dinner Joke': A biting black comedy...A phenomenal production that is slick and incredibly entertaining...Director Cheryl has conjured an impressive masterpiece...Faraone’s casting is magnificent and she has given every actor an opportunity to shine. There are no weak links...Her direction is clear and focused...A perfect play for our seismic shifting political climate...A double bill with Howard Barker’s potent play, 'The Possibilities.'"
Read more

"The shows are smart, thought-provoking, and often fun, and these productions are terrific...An amazing evening in the theatre...The four plays of ‘The Possibilities’ make for an almost head-spinning amount of theatre, full of ideas, arguments, superb acting, and so on. But that's all only Act I...Then comes Act II...’The After Dinner Joke’...The writing is astonishingly efficient. The 66 scenes fly by...as Churchill economically skewers the worlds of charity and politics."
Read more

"The juxtaposition of these works produces intriguing resonances amidst a sometimes discomfiting, often funny, and always compelling experience...While Churchill's play may feel timely in more specific ways, the questions raised by Barker's short plays are equally relevant. PTP/NYC's production shows that these texts can speak to one another as vitally as they continue to speak to audiences."
Read more

"Questionable directing choices present additional hurdles in allowing the work to subsume the audience. Why engage actors in accent and dialect work that simply add distraction to both the viewer and the performer?...'The After-Dinner Joke' is the stronger choice with which to close the night...While rife with imperfections and an occasionally lagging pace, is still a valuable work of theatre that raises or triggers worthwhile questions about humanity’s political struggles."
Read more