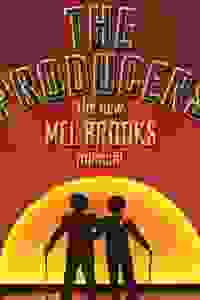 View in admin
The Producers
NYC: Queens
91
Score it Scored!

The Producers NYC Reviews and Tickets

"The Producers’"tells the story of a down-on-his-luck Broadway producer, Max Bialystock, and a nerdy, young accountant, Leo Bloom, who concoct a scheme to raise thousands of dollars from backers and then put on a flop of a show. With all the money that will be leftover, the pair will be rich! Only one thing goes wrong: the show is a gigantic hit! "The Producers" skewers Broadway traditions and takes no prisoners as it proudly proclaims itself an “equal opportunity offender!”

See it if if you love comedy. True to the movie, the play is full of laughs with great comedians. A classic.

Don't see it if if you don t like slapstick or comedies in general.

See it if at the Rockaway Playhouse ; superb even the costumes and dances were very good... cast of 40.. Onky 4 performances to go.

Don't see it if Trying to find a negative .. maybe they need a bigger house..

See it if This was a great show in every respect. Still one of the best I've seen. Very memorable. Nathan Lane, Matthew Broderick, Brad Oscar, etc.

Don't see it if Some of the humor could be uncomfortable for some.

See it if you like Matthew Broderick or Nathan Lane or are a fan of Mel Brooks. Think Blazing Saddles in Nazi Germany

Don't see it if not appropriate for small children.

See it if Really is as hysterical as the hype. Mel Brooks is just as much of a genius with theatre. Excellent cast, great songs, great staging.

Don't see it if You're easily offended. They're trying to find the worst show ever written in the plot, so it will offend.

See it if you are a fan of Mel Brooks and his humor.

Don't see it if you are not a fan of Mel Brooks or his type of humor offends you.