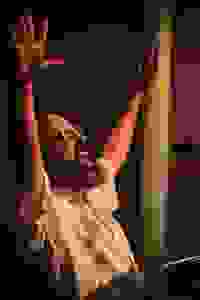 See it if Below par for CmcChapman & company; or maybe just campaign fatigue. Nothing new but its ably handled (big plus with indie icon Hanna Cheek!)

Don't see it if Tired of the usual Trump/Clinton tropes; a tad too long for it's own good

See it if You just can't get enough of all things political satirized in all ways possible.

Don't see it if You wish the damn election would be over already.

See it if you enjoy talented actors giving solid performances. However, the material is terrible. Everything is bloody.

Don't see it if you have asthma or any breathing problems. It's in a basement that reeks of mold. Read more

See it if You enjoy an excellent ensemble, Christopher Guest, and making fun of both major candidates for prez.

See it if You like to laugh at / make fun of the current political clusterfu*k the U.S. is in right now.

Don't see it if You have no sense of humor or are easily offended. Read more

See it if you like a darkly funny, macabre take on the political landscape.

Don't see it if You can't handle even one more thing related to political discourse, even in fun

"The delightfully perverse, political-themed installment of the annual macabre merriment led by the writer and performer Clay McLeod Chapman provides strong evidence that the bloody tools of Lovecraftian horror are effective this political season...It’s Mr. Chapman, bald with a beard pointy enough to poke an eye out, who really commands your attention...It’s a spooky performance that eventually finds its way to comedy, but takes the scenic route."
Read more

"By avoiding strident satire, this year's 'Pumpkin Pie Show' actually offers a bit of comfort for those who appreciate the status quo of a civilized election process...The stories that occur off the debate stage are the highlights of the evening. Lovecraftian-style horror fits best in the monologue form...Overall, it's a very fun night of storytelling, in a comedy-sketch style, as long as you aren't expecting a response to the fear conjured in real life by the 2016 election."
Read more

"'The Pumpkin Pie Show: Stump Speeches' did not disappoint, yet it did not reach the eternal appeal of last year’s Pumpkin Pie Show...While the stories are fictional, they don’t seem that far-fetched until the twists. Chapman manages to use the real fear and suspense of this election season to mold a comedic, yet uncomfortable piece of theater that hits very close to home...The show structure works perfectly for what they wanted."
Read more