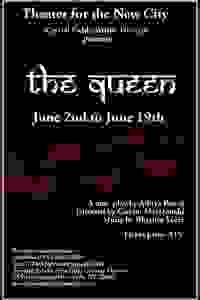 The Queen NYC Reviews and Tickets

Theater for the New City presents a new play exploring themes of power and the position of women in society, inspired by 'Macbeth,' 'Medea,' and the works of Rabindranath Tagore.

Set in 16th-century India at the peak of the Mughal Empire, 'The Queen' is the story of Durga, who is consigned to the west wing of the palace after her husband, the Rajput king, marries a younger woman. She battles against the loss of her beauty and relevance as she resolves to burn the palace down and avenge her husband’s betrayal.

See it if you are a Helen Mirren fan, if you are an Anglophile, if you want to be totally wowed and absorbed by this brilliant actress's portrayal.

Don't see it if you are not a fan of the English monarchy...or Helen Mirren

See it if It was alright . Different from any other

Don't see it if If you're looking for exciting drama . Not here

"Rawal may not make the nuances entirely clear, but the emotional stakes of Durga and Amar’s debate are always palpable. Bose and Tewari have a compelling, sparky chemistry…A sense of time proves more elusive: Rawai’s dialogue flits between the poetic and contemporary...The play perhaps could have stood for more time to build to the supposedly explosive family argument that fell a touch flat…But the questions that the play raises as a whole are timely and interesting."
Read more