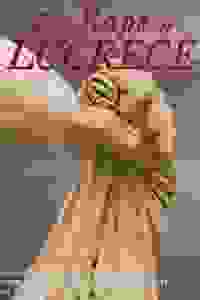 View in admin
The Rape of Lucrece
NYC: East Village
84
Score it Scored!

The Rape of Lucrece NYC Reviews and Tickets

'The Rape of Lucrece' chronicles the tragedy of the title character, an aristocratic cousin of the King who is raped by his son, Sextus Tarquinius. Lucrece's subsequent suicide inspires a revolt which led to the establishment of the Roman Republic in 509 BC. This story not only dramatizes this gross act of entitlement, sexism, and sexual dominance, but the complicated aftermath of such violent acts. Resident playwright Kevin Brewer weaves his own original text in with the iambic pentameter of Shakespeare's language to create a piece that's both classic and contemporary.

Don't see it if You only appreciate classic stagings of Shakespeare

See it if You want to cheer on an ambitious new work based on Shakespeare. Insertions of some contemporary language don't always work, but kudos.

Don't see it if You would be traumatized by a graphic rape scene (even in the dark, it's hard to hear) and the victim's harrowing emotional aftermath

See it if you like excellent young actors full of emotion; you enjoy Shakespeare.

Don't see it if are uncomfortable with the emotions surrounding the play's title; the ending strays from Shakespeare's poem

See it if You enjoy Shakespeare and are interested in a production that actively draws parallels with the contemporary moment.

Don't see it if You are triggered by sexual assault or suicide. There is a simulated rape scene that might be difficult to watch for survivors.

See it if you're interested in the idea of a new work based on a Shakespeare poem based on an ancient tale of sex, power, & politics

Don't see it if you dislike Shakespeare or period work.

See it if Both the comedy in the first half and the tragedy in the second half are both performed with equal energy and talent by the youthful cast.

Don't see it if The main character's sexual violation and subsequent feelings--guilt, shame, helplessness, anger, and desperation-- are difficult to watch. Read more

"The cast of 'The Rape of Lucrece' is uniformly talented, featuring a number of young actors who grapple with the emotional complexity of the show with exceptional maturity...Director Cristina Lundy has supported the actors to make the most of the play’s uneven lines, smartly adapted by Kevin Brewer with admirable skill. Unfortunately, it is very apparent upon hearing certain tinny slant rhymes why 'The Rape of Lucrece' is not one of Shakespeare’s better-known works."
Read more

"Brewer does a noble job of adapting the material into a solid Shakespearean structure without making the mistake of trying to mimic the style, which never works...To add dimension, Brewer, with the assist from Cristina Lundy’s fine direction, fleshes out secondary characters despite there being very little source material to work with (or none, as some figures never existed at all in the original)...The cast delivers the difficult material remarkably well."
Read more

"The conclusion involves some questionable choices: a climactic scene of revenge that doesn’t reflect history; a sudden, unexpected betrayal by a hitherto loyal servant without an apparent grudge; and a new character whose identity is unclear...Though flawed and with a too-long first act, this workshop production by New York Shakespeare Exchange offers extremely impressive writing, skillful direction by Cristina Lundy, and some superb performances."
Read more

"Much of this contemporary urgency is the credit of Kevin Brewer, who adapted the original Shakespearean poem. The ancient Roman world is fleshed out on the stage by characters with dead-language names speaking in Elizabethan verse. Yet nothing about it feels stuffy...From its most tragic verses to a rather silly chamber pot gag, the scenes are unfailingly well-acted...With a stellar cast and an ancient, captivating story that begs to be retold, the only pity is that it has such a short run."
Read more