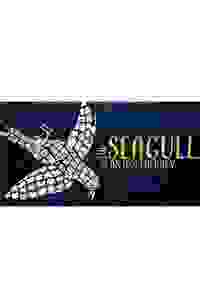 The Seagull (The Russian Arts Theater)

The Russian Arts Theater presents Anton Chekhov's masterpiece "The Seagull," a tragicomedy that explores the love and misunderstandings between lovers, friends, mothers, sons, and servants. More…

Set in a lakeside country estate, this comedy portrays the struggles of Konstantin to achieve his artistic ambitions and win the admiration of his muse Nina. Frustrated by his spotlight-craving actress mother and envious of her distinguished lover Trigorin, Konstantin's misery is only further inflamed by the other characters at the estate. "The Seagull" takes a magnifying glass to the human psychology and the beautiful absurdities of life.

See it if You’re interested in a wonderful small production of Chekhov!! Truly enjoyable evening. Wonderful cast and direction.

Don't see it if If you cannot take a three hour play.

See it if you are a fan of Chekhov.

Don't see it if If you are not familiar with the story or Chekhov, do some research before attending.

Also Going in blind was a mistake. This was my first Chekhov play and I did not love it. All the people around me though, seem to think it was an excellent production - I defer to them.
The theatre was also quite warm which made me feel sleepy.
... Read more Read less

See it if you'd like to see a well-played take on the classic Russian tale, much more physically active than the traditionally intellectual production

Don't see it if you don't like complicated family stories, lots of movement, overacting at times & some actors who have VERY thick Russian accents

See it if you like your Chekov on the wild side with characterizations exaggerated, extremely physical as might have been performed in the time of AC.

Don't see it if you expect cohesiveness to come from similar acting ability, accents creating a sense of ensemble rather than a rag-tag group of individuals

Also I realize that my comments above are diametrically opposed to those those of other Show-Scorers, but this production never gelled for me. Perhaps it was just one of those days as I have enjoyed other productions by this company, or the extreme heat in the theater the evening I attended. For whatever reason, I couldn't get into the play's text because there was so much running around, use of props and physical movement that I felt dizzied and distracted from the play itself. Perhaps I don't like Aleksey Burago's directorial style after all, or perhaps have issues only with his Chekov. I do love this play and look forward to seeing another director's vision of it in the near future.... Read more Read less

See it if You’re into Chekov produced as farce; Nina is top-less in her 1st scene; Dorn ripps off his lover’s panty & puts on head;

Don't see it if beauty of Chekov’s subtext is ruined by expressed aloud; you can see all the “works” done by the actors rather than being in Chekov’s world

Also In the first 10 min, the forced giggle of “Marsha” made me wanna escape; the most truthful moment was when the ceiling leaked, twice! Actors reacted to it with wit. The director’s interpretation of SEAGULL is too unique to deliver.... Read more Read less

See it if You want to see an aggressive adaptation of Chekhov with big performances and a great deal of music and dancing.

Don't see it if You mind inconsistent accents, background music that doesn’t always work. You mind a very long, though rewarding play.

See it if In 2001, I saw an outdoor prod. of The Seagull w/. Meryl Streep & Kevin Kline. This indoor version (w/o A/C) is intimate fun, a REAL family!

Don't see it if IF U don't like a lil diversity in casting AND technique (1 guy shouted his lines, another too soft to be heard). If no A/C is an issue.

See it if If you want a very solid, dated, but highly competent production. Well acted and directed. Actors all nailed the style of Chekhov. Humorous!

Don't see it if If you dislike the Seagull. I didn’t find much to quibble over if you like the play. It could be rough on aud. who are new. It is long.

Also Show greatly benefits from space, despite uneven set. Some modern tech elements were distracting occasionally. Costumes and music were very good. I don’t know if I agreed with all the characterization of the characters, but they were an excellent ensemble and knew the period. Great use of physical theatre. Space doesn’t air well. The “hot weather” was a bit method unfortunately.... Read more Read less

See it if Aleksey Burago is my favorite Off-B’way director. Inventive does not begin to define the life he brings to his productions. He refreshes The

Also Seagull by presenting it as the comic tragedy Chekhov always said he wrote rather than the morose melodrama one is used to seeing. It is like seeing Seagull for the first time. You wonder where the actors get the energy to keep up with all the ideas Burago has them execute. Even when some don’t succeed, they are still risky and interesting. Costumes, staging, lighting and music are all excellent. I was delighted.... Read more Read less

See it if Delightful production of one of the great playscripts - and one which seemed to "get" Chekhov's power.

Don't see it if Some rough edges - though nothing damning.

Also If some recent Chekhov productions (Nelson's Vanya, for example) have aimed for a stripped-down, spare style to emphasize the writer's naturalness, the Russian Arts Theater goes the opposite direction: pushing the Seagull's theatricality and symbolism. Some might find this playful approach ridiculous - for me, it activated the text in an absolutely charming and effective manner.

Some reviewers seemed to dislike certain of the Russian-native speakers. This was not an issue for me at all, and I thought added something to the play.

See it if You enjoy a more lively and creatively energetic take on a classic play.

Don't see it if You don’t like long plays.

87 reviews
Get Alerts Alerts On Alerts Off
68
Disappointing, Ambitious, Confusing, Cliched
May 31st, 2019

See it if interesting Checkoff classic interpreted, staged and performed by Russians.

See it if you would like to see a refreshing take on Chekov.

Don't see it if you are a looking for the standard on Chekov.

Also Even though the acting was a bit uneven, all in all the almost three hours of performance was enjoyable. This is a delightful take on Chekov's The Seagull.... Read more Read less

Don't see it if you like a little more inspired and interesting adaptation of Chekhov’s most endeared play.

Also I have seen more than a hundred plays but unfortunately this is only my fourth Chekhov play. I am aware that it is so very difficult to interpret his works and is usually a hit or miss to revive his opus but reading from all the show score reviews with quite a few 100s I think I may have expected too much from this translation. While I do commend some of the actors of this show, more often I felt the performers lacked the subtle nuance to interpret effectively Chekhov’s characters. In his plays it is more of what the characters are NOT saying. And unfortunately of all the Chekhov plays I have watched (two on broadway) only one was effective in interpreting the inner voice and meaning of his works. And it is not this one. That honor belongs to Richard Nelson’s Uncle Vanya for Hunter Theatre Project. The set and lighting is to be expected in an off-off broadway show. In fact they made good use of the hall. Still this was a miss for me. but I do commend their effort.... Read more Read less

See it if If you like Russian themed plays that have music, comedy and a large cast.

Don't see it if If you don't like Russian themed plays with a hard to follow story line.

Don't see it if you don't; you'll feel abandoned.

Don't see it if Very old school theatrical way of acting. No chemistry between the actors. One actor was difficult to understand.

See it if If you are just looking for something to do.

Don't see it if You are accustomed to Shakespearian love stories

See it if YOu love Chekhov and want to see an enthusiastic , interesting interpretation and you do not mind heavy Russian accents

See it if You love Chekhov and follow Russian accents. There's some nudity which should be known in advance to those who may wish to bring a child.

Don't see it if You like to be comfortable. When we went, we had to leave at intermission because the theater was unbearably hot despite a cool evening.

See it if If you haven't seen The Seagull in a long time and really want to.

Don't see it if An indulgent staging that feels like they wanted to make it a musical but just couldn't make the leap.

Also This play had much gratuitous physical business. Several instances in which Nina is standing on or twirling chairs; two in which Konstantin just picks her up in what looks like a high-flying dance move and two scenes that end with what almost looks like a conga line. The initial act at the semi-invalid Piotr doing many moves that were inconsistent with his character's ailing condition.

The second half of the last act has a schmaltzy soundtrack as an overlay (there is a stage direction in which Konstantin plays a waltz, but this was far too much).

The performances themselves were good, especially Tom Schubert as the tortured Konstantin and Roman Freud as the bon-vivant doctor, Dorn. I also liked the dynamic between Schubert and Tatyana Zbirovskaya as his self-absorbed mother, Irina (although her accent was tough to penetrate at times).

I'm on the fence regarding Luisa Menzen as the starstruck and doomed Nina. Sometimes the performance seemed real, sometimes it seemed flat.

See it if You like unusual presentations of the classics.

Don't see it if You don’t like boisterous acting.

Also It’s hard to score this play since it was cancelled at intermission. The venue had a leak in the ceiling and water gushed out twice during the play.... Read more Read less

See it if You are interested in period plays from The turn of the century based in Russia.

Don't see it if Overacting bothers you.

Live In Style
“Prepare yourself for an amazing emotional journey and to enjoy the brilliant and involving performance of the super talented cast masterfully directed by Maestro Aleksey Burago...We can’t help ourselves but to fall in love with Konstantin and Nina...The invisible and yet distinctively recognizab...
read more
Get Alerts Alerts On Alerts Off
arts-ny
“Vividly staged by the esteemed theater director Burago...The cast in this enthusiastic and engaging production makes Chekhov’s drama accessible and relatable...The acting by the cast, while adroit and appealing, demonstrates a gamut of skills...The rich sound effects and musical arrangements add...
read more
Get Alerts Alerts On Alerts Off 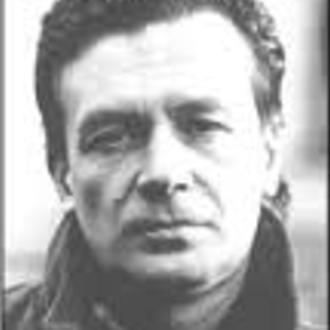 Aleksey Burago
Director
Get Alerts Alerts On Alerts Off 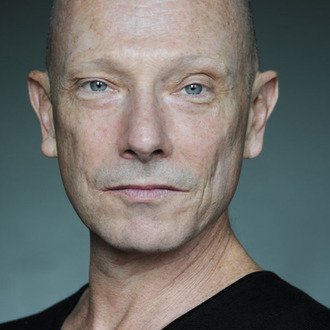 Michael Donaldson
Cast
Get Alerts Alerts On Alerts Off 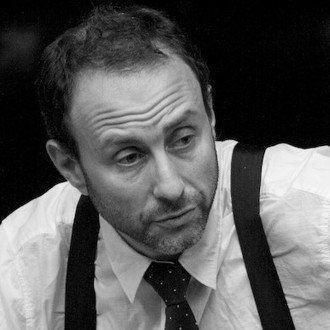