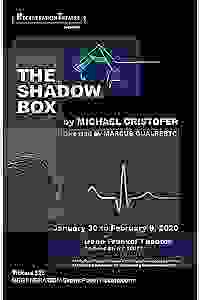 Michael Cristofer’s Tony-winning play looks into the deep personal impact of terminal illness among three families who must face the inevitable. More…

Over the course of twenty-four hours, they will struggle through their own journeys towards self-acceptance.

But in the end, there must always be hope.

Not seen in New York in 25 years, Cristofer’s powerful portrayal of human struggles remains timely and still echoes the contemporary issues we face today, most especially in our current conversations on healthcare.

See it if You want to see a show that takes a good honest look at death and dying and how it effects not only the person dying but those around him.

Don't see it if You’re looking for a light fluffy show. This is a well written unflinching look at some of the deep dark questions faced by those involved.

Also Not as well acted as it was well written.

See it if A very serious play about terminal illness, death and dispear. Morbid but some good plot lines.

Don't see it if If a serious subject about terminal illness and dying not a gre as t set, acting questionable.

See it if you like earnest plays with large casts that deal with life-&-death subjects, even if less than elegant in construction.

Don't see it if you need more from a play than sporadic insights into the human condition.

Also “The Shadow Box” deals with 3 people with terminal medical conditions & their closest loved ones, staying in cabins & subject to interviews from a disembodied voice because this is some kind of clinical trial. This set-up presents 2 problems for a play’s forward motion. The frequent cutting back & forth between the 3 stories makes it hard for any one of them to gain or sustain momentum; & the fact that, at any point, the voice from above might intrude, or a character in 1 of the dramas address the heavens as if speaking to the voice, cuts things up even more. Playwright Cristofer is capable of flashes of insight into the human condition. But this is not enough to propel the play’s 3 not-so-eventful stories or 8 characters plus interviewer. The poorly differentiated playing areas for the 3 unfolding stories & the fact that 1 actor in each of the stories is not capable of their part further hobbles this production.... Read more Read less

See it if you like serious theater about dying and how affects both the individual and those close to him/her. Ambitious work by the cast on nice set.

Don't see it if you are triggered by pain and suffering or terminal illness. A bit quirky in the rotating of the stories that requires constant attention.

See it if gut wrenching drama with humor that explores the nature of the human condition excites you. Three hospice occupants living their life's end

Don't see it if inconsistent performances distract you. The script helps to sustain the uneven work, but there are still weak moments.

Don't see it if Great performances blow off the dirge dust."The universe isn't a syllogism, it's a miracle/Nobody wants to hear about it, even the doctors"

Also "Don't hurt him with your hope/There must've been a time when I loved you/Some of us are here for the duration/I'll tell you when I'm not all right/Dying people are not on my short list of funny people"... Read more Read less

Also A few minutes before I got to the theater I found out one of my favorite clients had passed away of cancer. That made me a emotional and I was expecting this play to pull everything out of me. I was worried that the acting may be below average but I thought the script would work but unfortunately it didn’t.
The three patients were written believably. Four of the five other characters were written and played annoyingly over the top.
I always get annoyed when I see an off off Broadway show in New York City and I feel like I saw a community theater show. I do realize this isn’t Broadway but when you go to the bathroom at intermission and bump into some of the actors that is unacceptable.
I thought the stage combat was terrible. It’s not that hard to teach someone how to slap another actor on stage.
This is general seating so if you see this show I would sit in the single row stage left.

See it if you want a serious play about terminal illness, death and despair; quite morbid and gloomy

Don't see it if you are not in the mood for this type of material; prefer light comedy/drama or musicals

See it if you didnt have the privilege to see it in its debut. These characters are still very believable. Interesting casting choices felt natural.

Don't see it if Death and dying are triggers for you. If you are bothered by some clumsy acting choices. I disliked the set and found it ineffective, ugly

See it if you want to see why this play won both a Pulitzer and a Tony. Not Broadway quality but still exceptional.

Also Brilliant writing and set in the small Gene Frankel Theater. Solid acting with some of the cast being exceptional.

See it if you can.

Don't see it if You are uncomfortable with seeing a performance about letting go of a loved one.

See it if you'd enjoy 3 perspectives on impending death. This '77 show felt very dated and the interactions didn't deliver the punch I expected.

Don't see it if you want a contemporary examination of the impacts of losing a loved one too soon. Act I takes too long to setup each universe, and the...

Also long monologues/soliloquies in Act II left me wanting.
I felt the flipping between stories to be distracting as you lost the connection you were making with the characters in a scene when focus switched to someone else.
I also felt that I've seen this style of delivery and in 2020, it didn't feel like Tony/Pulitzer winning caliber.

Also Despite occasional missed or messed lines, the acting quality is consistently high. The actor portraying Vivian is delightful , charming, and a pleasure to watch, a relief from the somber cast on the play.... Read more Read less

See it if You want to see an moving experience about death & dying.

Don't see it if Because the show is a bit too long & needs tightening up. However this show has great potential.

Don't see it if you prefer to avoid acknowledging that all of us will die & will dislike a play which focuses on death; would rather see something lighter.

Also Back in the day, this play won both the Pulitzer and the Tony. I think it's aged well, except perhaps for the inability to officially recognize the relationship between the gay character & his young lover, but that was true back in the 70s.
'
There is some miscasting, IMO. Agnes came across more as a hired caretaker than her mother's daughter. This problem was exacerbated by her costume, which seemed to be some sort of uniform.

Don't see it if . Its not an easy night out but it does touch on how complicated dealing with it is both for the dying , and caregivers left behind

See it if you want to see a well-acted story of three terminal patients and their loved ones. It's a sad story but a powerful one.

Don't see it if you want consistent, lighthearted entertainment. This is a serious, somber show that is a bit slow in places but overall is well-done.

See it if you want to see a very serious, but gloomy show about terminal illnesses.

See it if You are not afraid to think about death and the lessons we can learn from those close to death.

Don't see it if You prefer fluff.

Also The acting was mostly good although some of the casting choices were odd. Still they did a good job of realizing the intentions of the playwright. My friend and I were moved and participated in a thoughtful discussion of the lessons that could be learned from the play.... Read more Read less

See it if This theater company does a great job at bringing back old plays to the stage. This does not disappoint.

See it if Magnificent work of the whole cast, especially Nicole Marone, Nicole Greevy. Play about health, hope and desperate will to live and to love

Don't see it if Terminally ill relatives and loved one; prefer sick people not to be funny

See it if you want to see a revival of a Pulitzer Prized play dealing with the seriousness of terminal condition.

Don't see it if you want a happy evening or don't want to deal with serious health issues. Or can forgive some well meaning but not great acting in parts.

Also I'm not a fan of this play and the first act has some setup/Act I issues; I don't know if the Act I acting problems are the piece itself or not.... Read more Read less

See it if Interesting remake of the 1977 Pulitzer Prize winner for drama. The play involves the personal impact of terminal illness facing three

Don't see it if Families. This play is not for everybody dealing with difficult subject matters. Good acting, with all three troubled families alternating

Also Their stories. The play ran about 2 hours and 20 minutes with one intermission. I attended the first preview. If you plan to see this production do it quickly because there are only 10 performances total.... Read more Read less

See it if You are interested in life death issues in 8 people’s lives. A fascinating concept to share stories with a voice questioning. Editing needed

Don't see it if You don’t want to think about end of life issues or people sharing personal feelings and stories. It covers a lot of ground.

TheatreLover311
New York City
Female
104 reviews
Get Alerts Alerts On Alerts Off
70
Well performed by a talented cast of character actors, Characters as written have not aged well, Seems to speak to those old enough to have been adults in the 70s., A 1977 play whose context is out of focus with today’s modern society
February 3rd, 2020

See it if You like revivals of 40+ year-old plays that deal with death with characters who are not particularly easy to like or feel compassion for.

Don't see it if Death is not a topic you wish to be entertained by.

Also This play was written in 1977. And the characters & their stories are firmly stuck in that time without much to imbue them w/ 2020 meaning.

The most stereotypical of the stories’ triptych that make up the play is that of a successful gay writer who picks up a street male prostitute who goes on to become his life companion & caregiver during his terminal illness. Hmm, in 2020 it feels trite. Tinder is how people meet today.

I liked the acting, but only one character touched me, that of Agnes, the dutiful daughter who is caring for an ungrateful and obnoxious terminally ill mother who pines away for the daughter she chased away with her nasty personality, who shortly after leaving died. But as the mother descends into dementia and inconsolably moans for the missing daughter, Agnes mercifully decides to spin a series of letters from the dead sister...the ruse works so well that her mother stubbornly clings to life indefinitely, stranding Agnes to a suspended life as a lonely caregiver. 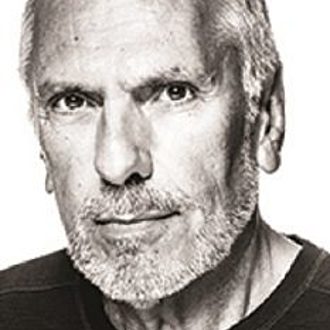 Michael Cristofer
Playwright
Get Alerts Alerts On Alerts Off 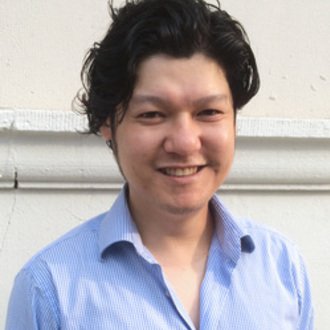