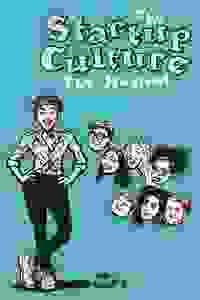 The Startup Culture: The Musical

A musical comedy about a woman trying to make it in the startup world. More…

"The Startup Culture" is a parody musical based on the music of "The Pajama Game," set in a modern day startup office. Watch as Babe fights against the powers that be to help get her workers, the Blackbelts, the seltzer and a beer keg they deserve. And is there a romance afoot? You’ll have to come see to find out.

See it if Less than an hour. Some new talent trying. Pals will enjoy the production.

Don't see it if Very disappointed.No set to speak of, Steps steep. Seems that there is an attempt to have a different production every hour.

See it if you want to see a light musical comedy on issues of current start up companies. It has potential but needs tightening up & more development.

Don't see it if if you are offended by language and sexual office talk of the past. Also, found it difficult to hear some of the lines/songs by cast.

Don't see it if you expect the highest caliber professional polish. This is a workshop-in-waiting - eagerly trying out material. Spoof could be cleverer.

See it if You know someone in the show. About half our audience did. You like 12-year-old boy humor.

Don't see it if You want to see anything intelligent or people with any modicum of talent. This stooped to the lowest level.

See it if you enjoy musical comedy with corporate theme but less business and more silly/guilty pleasures. The Loft is nice venue for this small show.

Don't see it if you expect big sets, venue, cast. But for the small admission price, this is a great bargain for the show's talents and entertainment value.

See it if If you like shows based on a classic idea. The Pajama Game meets start ups. It uses the original music with different lyrics so good music

Don't see it if Great singing from all cast members, you are offended by not well written lyrics that can be pretty raw. Great idea not too well executed.

Also This is a great idea - updating Pajama Game to triads but also in Me Too time some of it is just reinforcing stereotypes . Some actors are great others are just not that versed in singing. It’s just not as clever as I was hoping.... Read more Read less

See it if for talented young playwright and cast at early stage of their carriers.

Don't see it if interested in more seasoned performance. This show is rudimentary in all aspects.

See it if you like parody shows, enjoy improv actors and their style of acting (and singing), and want to see a spoof of today's "office" culture.

Don't see it if you're impatient with canned music tracks backing up lyrics from an old musical (sometimes slowly), or are bored by youth-oriented parodies.

Also This is a cute show that benefits from plucky commitment of the actors in their unglamorous roles, but also suffers from an unglamorous (low-budget) production including a cheesy synthesized score.

I surmised from the advertising that it was going to be a parody of "The Pajama Game," but I didn't know until I heard the first songs that it was also going to parody the songs, even using the same melodies. There were moments in the show when I guffawed loudly at some subtle musical (or lyrical) joke.

The general gist of the show is that it takes all the "Pajama Game" characters and situations and transports them into the office of a contemporary startup owned by a trust fund baby and staffed mostly by millennials. It's a droll conceit.

The actors all sing, some of them pretty well. What a few of them lack in actual technique, they make up in commitment to their characters and roles. It doesn't exactly add up to great theatre, but at least it's a cheap hour's worth of entertainment.

See it if you want to encourage a group of talented young actors.

See it if You're interested in the idea, if you enjoy parodies and improv, you want to laugh

Don't see it if The premise doesn't always work, and sometimes seems like a work still in progress

See it if You know someone in the show.

Don't see it if you were expecting something more than a high school theater class project. Worst thing i've seen in a long time.

See it if You want to support amateur artists in a strange, over-the-top, occasionally amusing and occasionally embarassing parody.

Don't see it if You want anything polished. It was so slapdash, sloppy, and forced that I genuinely thought I'd misunderstood and was watching improv.

Don't see it if You want a highly professional production

See it if You like over-the-top parodies that make fun of the "buzzing" startup culture. You know about "The Pajama Game".

Don't see it if You like an interesting storyline with a clear message, or a refined production. You are uncomfortable with raunchy jokes.

Also I appreciate the efforts of the team behind this production, and overall the cast did pretty well, but it did not work for me. I was super excited about the concept, but it did feel like the writers just took all of the most popular stereotypes about the startup culture and made jokes out of them. The musical got some funny moments, all of which got overshadowed by the sloppy writing and over-the-top emphasis on office romance. The music was overall pleasing but there were some numbers that reminded me of children TV commercials. There were some sparks, and there were certain cast members that stood out, but there were also some cringy moments that I wished didn't happen. I was left confused at the message of the musical, but maybe I shouldn't have looked for a message at all?... Read more Read less

See it if You want to support local comedy talent.

Don't see it if You want to see something "finished" and polished.

See it if You know someone in the show or you’re obsessed with jokes about startups.

Don't see it if You want to see a quality production or weird sex references make you uncomfortable.

See it if You want a funny evening with great music and a quick and witted musical!

See it if like to see young actors trying to hone their craft.

“The Startup Culture: The Musical” hasn't been reviewed by any Critics (yet!) 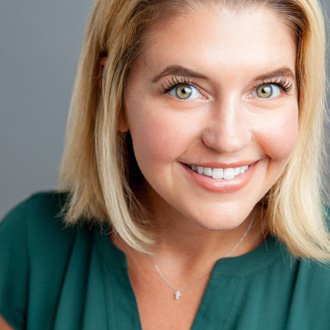 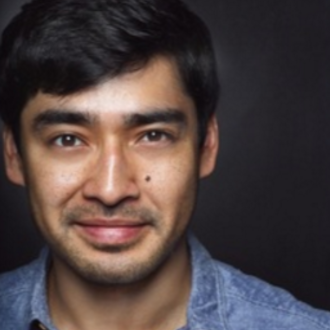