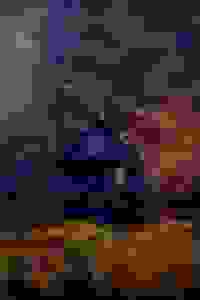 The Storm NYC Reviews and Tickets

August Strindberg Repertory Theatre presents a story about the marriage foibles of an elderly government minister.

'The Storm' depicts an elderly government minister who lives in an apartment in a house where he had once been happy with his now former wife. He left her because he was too old for her and lost access to his daughter in a painful divorce, but he is about to be lured into marriage again by a distant cousin who is living as his housekeeper. The play explores the adage "there's no fool like an old fool," and is the most directly autobiographical piece in Strindberg's canon.

"A well-acted, well-directed period piece in the truest sense of the word...The thing not said, the unexpressed, is the play’s most powerful force and the actors make it palpable beautifully."
Read more

"'The Storm' is a candid portrait of old age. And, for theatergoers who tend to interpret plays in an autobiographical light, 'The Storm' will be a window into Strindberg’s heart and soul in his last years. Is it the best of his marriage plays? Possibly. It certainly explores the venerable institution and offers some penetrating insights on its peculiarities and charm...The ensemble acting is uneven, but the leading actors are both excellent and carry the play."
Read more